I swear this is the last time I'm going to move these rocks.  I was out in the backyard at 7 this morning, picking up rocks and putting them in buckets.

The front yard was looking shitty, and I think that the company that cuts the grass put poison on the flowers that I was trying to grow.  I'm tired of messing with it, so this was my project for today. 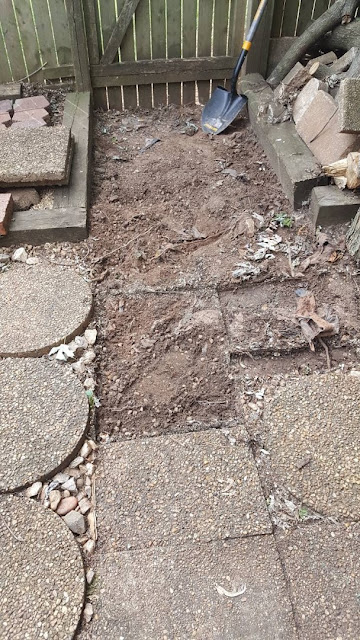 I picked up every rock that I could dig up, knowing that I did not want to spend any money on bags of rocks.  I had my fingers crossed that I would have enough for what I wanted to do. 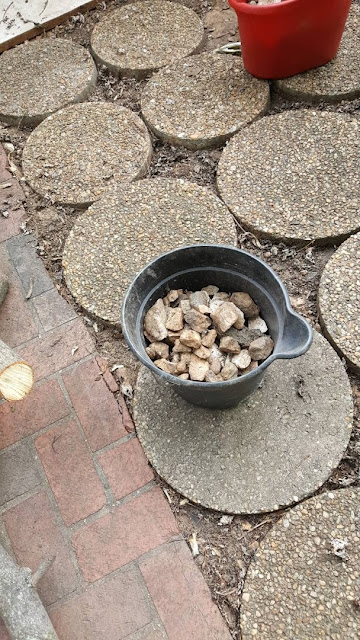 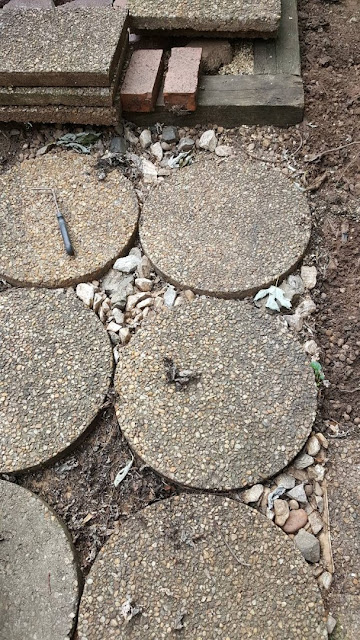 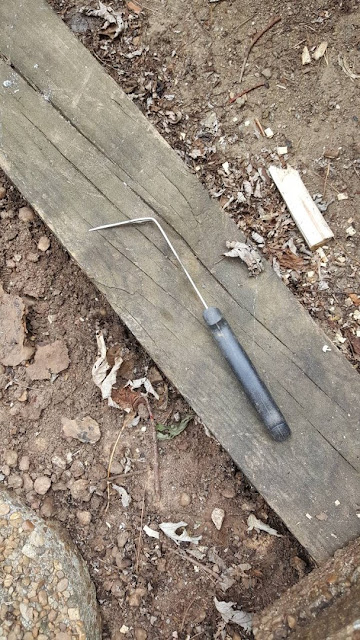 This is my new homemade tool.  A bent up grilling fork.  It works great for loosening up the dirt.  It also works perfectly for digging up weeds. 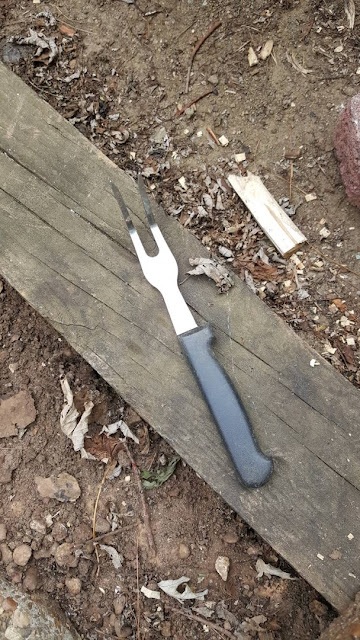 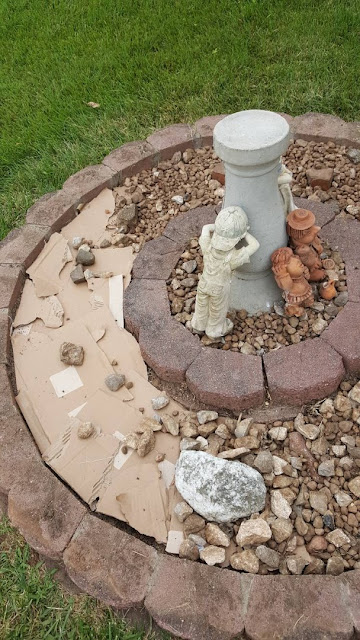 First I tore up cartons that I had saved last week and put them down to slow down the weed growth.
Then I topped that with buckets and buckets of rocks from the backyard. 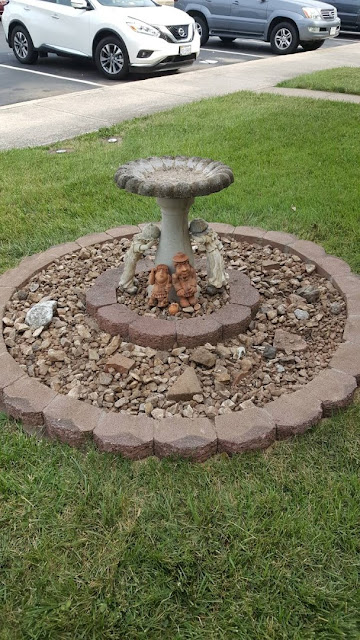 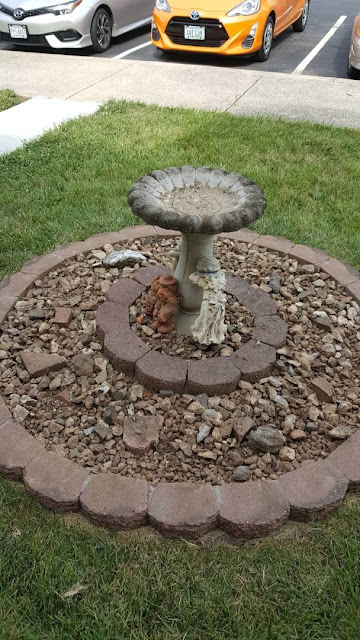 I like it!  It turned out better than I thought and I did end up having enough rocks. 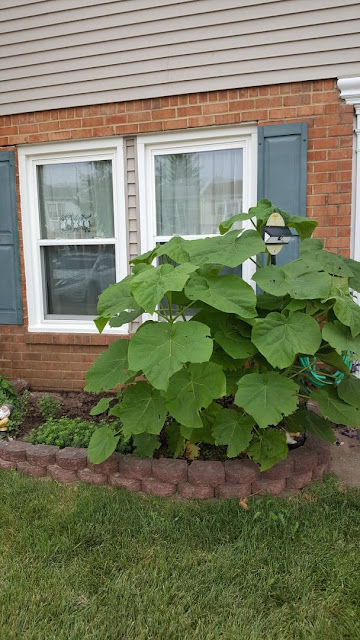 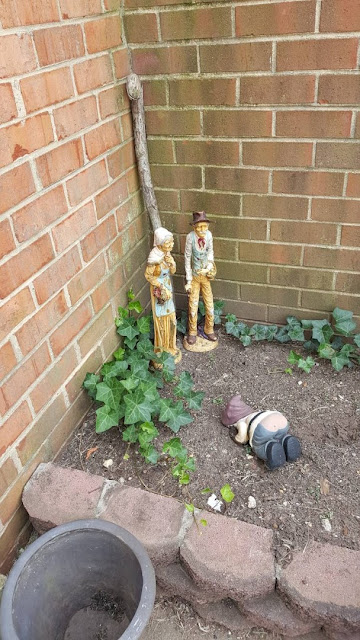 Ferns from my mom's house are growing pretty fast too. 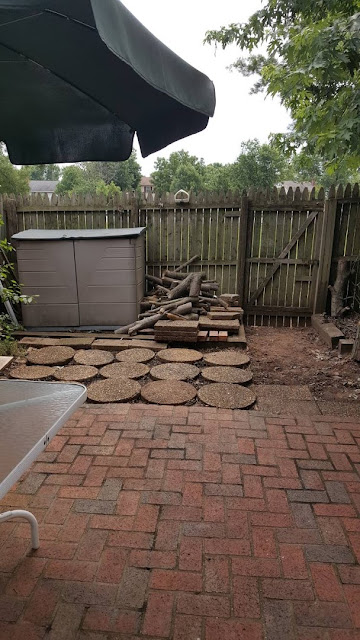 A few minutes ago, T-Jay used the electric saw to cut up the rest of them Maple tree.  I will keep putting it in the trash can until it's all gone.  It shouldn't take more than a couple of weeks, and then I'll finally have the backyard back to normal.

I'm thinking about hooking up the power washer to blow all that dirt from around the roots of that Maple tree.  If I can get them exposed enough, I'll be able to cut them off so that I will finally have a somewhat level walkway. 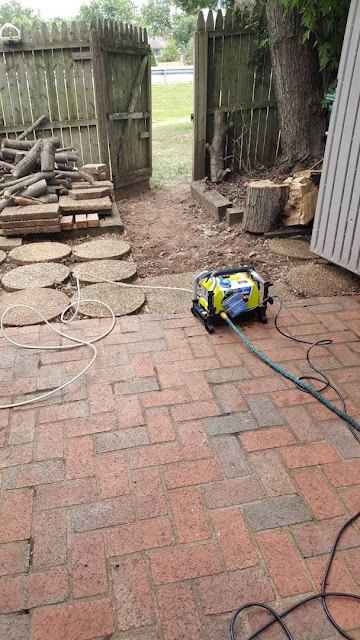 Well, it was an idea.   I guess my power washer isn't powerful enough. 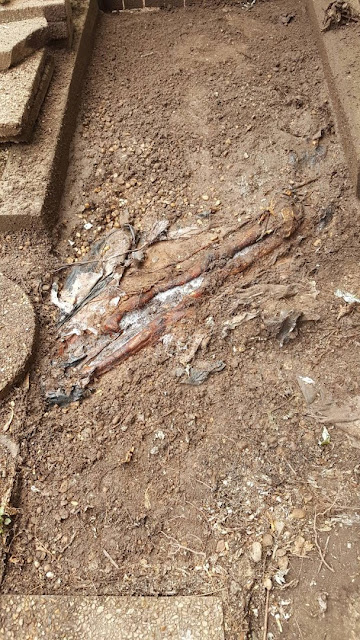 I'll have to figure out another way to dig that root up.  Oh, well, that's for another day.  I'm pooped and am going to take a shower and relax for the rest of the day.
No comments: Links to this post