Can you believe it?  We're approaching October. Time is flying, isn't it?  If I celebrated Christmas, I'd want  one gift, to find a place to live, just like this at
Framboise Manor .  Well...someday. :)  Dear Kymber was lucky enough to find it for a steal and it is awesome!!!  I hope that I will have that kind of luck when I'm ready.  Check out her and her hubby's blog and catch up on all the stuff that's going on there....LOL....besides them being able to go swimming buck naked.

Nothing much going on here.  I finished the last of my reports and uploaded the last photos a couple of hours ago.  Installed the new smoke/fire alarm.  Filled up the Berkeys.  One more pot of coffee.  Now I'm going to wash a load of clothes, eat lunch and then it's time to go to work.

T-Jay upped his dose of LDN to 3 ml.  I'm hoping that everything goes well and he will get some more relief.  This morning the pain is in his left foot....new pain territory.

While I'm on here, I'm going to see about getting a list of compounding pharmacies in my area that have had doctors prescribe LDN.  I really want to find a local doctor that accepts insurance and prescribes it.  Then I could quit having to order from overseas.

Now, for today's little funny. Here's a photo that my friend Kathy sent me last night. 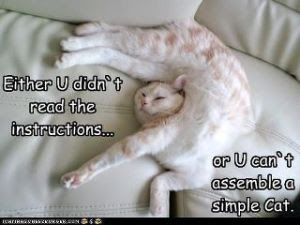 By the way, Kathy has RA.  Here is her LDN story: