This was yesterday morning.  Believe me, the photo doesn't do it justice.  The blueish colored areas are scars from previous boils.  The red area around it was hot to the touch and by the time I got home last night it reached all the way down to my knees. 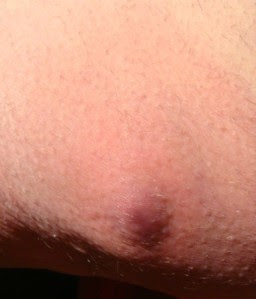 This is what I took the night before last beside my dose of LDN.  It includes 1 antibiotic and 5 capsules of Turmeric three times a day.  I also added Vitamin C and Zinc. 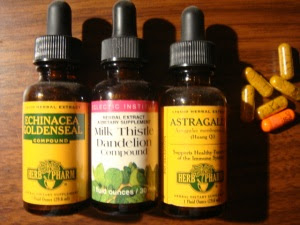 Then I covered the boil with Tea Tree and Oregano Oil over night.  I didn't get much sleep due to my Miss Silly, my cat.  She was cold and wanted to get under the covers with me.  Every time I raised the cover to let her in, the smell of the oil was so powerful,  she took one sniff and hauled butt from under there.  Ha, talk about some broken sleep! Then last night Diana suggested making a paste out of Xylitol and to put that on the boil.
"In rats, xylitol has been found to increase the activity of neutrophils, the white blood cells involved in fighting many bacteria. This effect seems to be quite broad, acting even in cases such as general sepsis."  So, that's what I did last night. 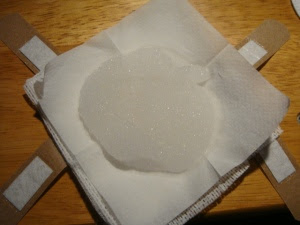 This morning when I removed the dressing, I had a small hole in the boil.
Kathy, had told me a couple of weeks ago how her grandfather had taken a glass jar, boiled it in some water, cooled it down a bit and had put it over the boil.  When the air inside the jar cooled, it would create suction and force the boil to drain.  Well, I thought, I would do it a little bit different.  So I emptied out this wide mouth plastic bottle that had been in the fridge for months.  After I cleaned it out, I attached it to the boil after squeezing the bottle together.  Then I let lose and you wouldn't believe all the crap that came out of that little hole.....damn what a relief it was!!!!!   :) 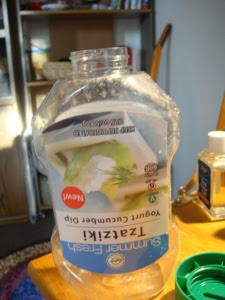 The swelling went down immediately.  I put a couple of drops of Iodine in the hole, slapped on a band-aid and I was good to go.

I'll keep taking the tinctures, vitamins, and antibiotics for a couple more days...just in case.