....and I thought this place was finished with stuff breaking down, but noooo!
So the shower hose upstairs looked like it was pregnant.  I removed it and tried to ream a straightened coat hanger through it, but that didn't work.  I ended up going to Lowe's to get another hose. 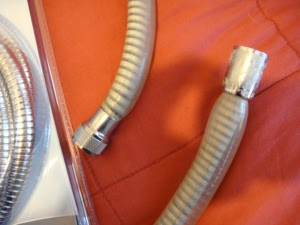 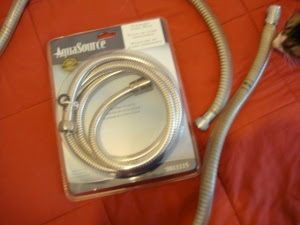 Meanwhile, I soaked the shower head in vinegar and water.  No that's not stuff coming out of it to make the liquid brown.  It's Bragg's vinegar which is the only thing I had on hand.  Sure hated to use it for this. 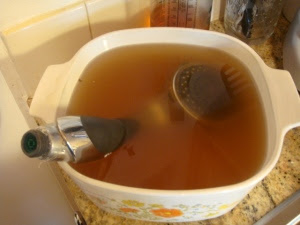 Woohoo....success!  There is still a little leak even though I used plumber's tape, but it's very small.  At least the water is coming out freely. 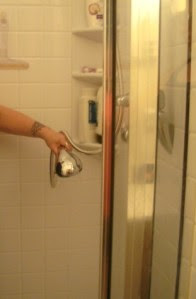 The fire/smoke alarm went out upstairs last week.  So I had to replace that too. 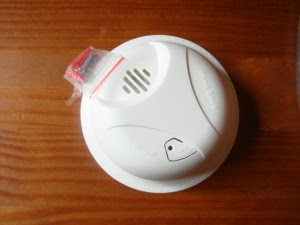 While all this was going on, I defrosted a couple of cornish hens over night.  Put them in a pot with a ton of seasoning and de-boned them.  I weight the meat in 100-gram batches and ended up with eight meals. 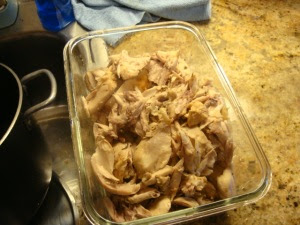 I put the chicken stock in ice trays.  This way I don't have to defrost the whole batch and can just use a few cubes at a time. 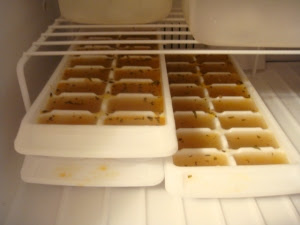 I have some good news.  T-Jay started on LDN at 1.5 ml on September 13th.  He is now up to 2 ml a day.  It has been a really rough two weeks with much pain. Saturday morning he woke up for the first time without pain since he came back from Atlanta in December of last year.  It only lasted a few hours, but it's a good start especially since he is on such a low dose right now.  It was amazing to see the change in his face and his body for those few hours.  He will be off of work tomorrow, so he will up the dose to 3 ml to see how he does.  If he can end up being able to tolerate 4.5 ml, I can switch him to capsules, which I already have on hand.  I really do hope that LDN will work for him....nothing else has!