I tried to pull off all the Bagworm Moths that were parked in my tree and my bushes.  I really though that some of the smaller bushes could be saved but when I took a really close look they were all dying.

I decided to cut them down or pull them up. 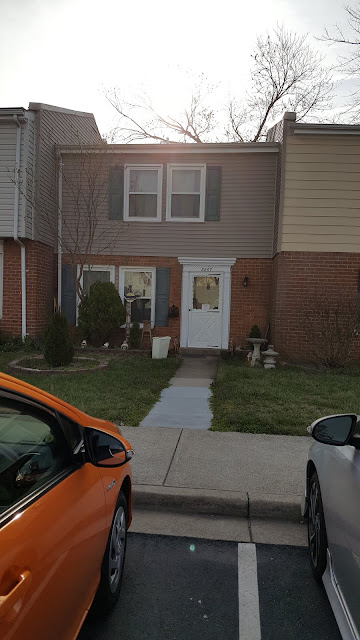 It was way harder than I thought.  First I removed all the weeds.  Then I started cutting the tree with a little saw that I already had.  It was taking forever so I thought I would use my drill and just drill many holes until I could break the trunks.

Meanwhile, my neighbor had her brother in law, Santiago,  over helping her with a bathroom upgrade.  He saw me on my hands and knees fighting my shrubbery.  He happened to have an electric saw and helped me out. 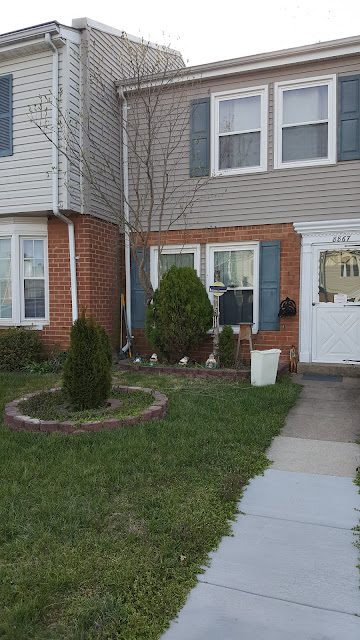 Rat Bastard help was slacking!  Sleeping on the job. 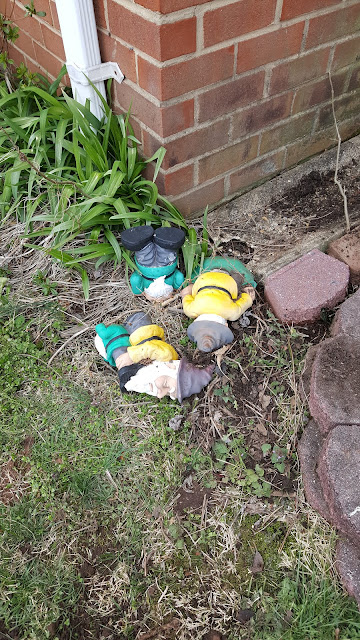 This stump I left.  It's a Royal Empress Tree which I thought was a bush and kept on cutting down for the past three years.  If I would have remembered what it was, I would have had a tree by now. 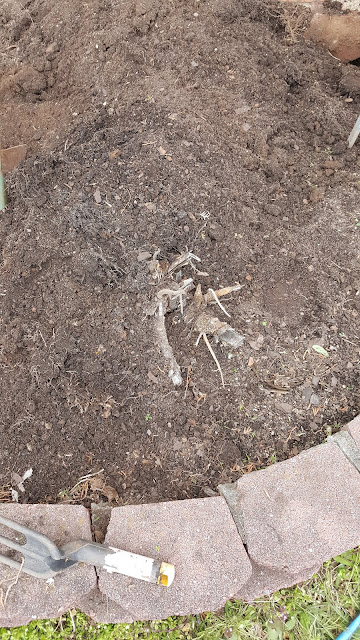 Left over roots that I dug up as much as I could. 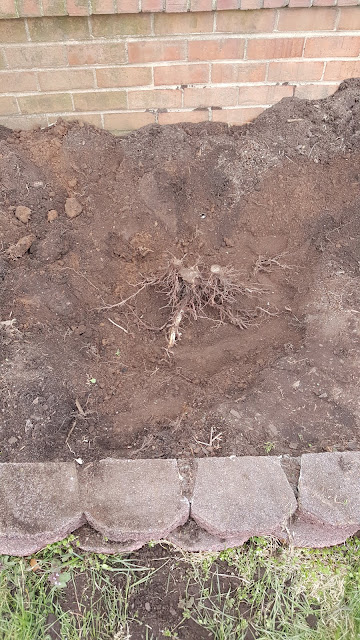 Ready to put all dirt back. 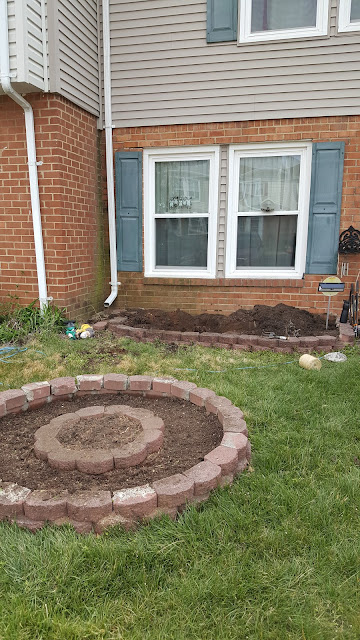 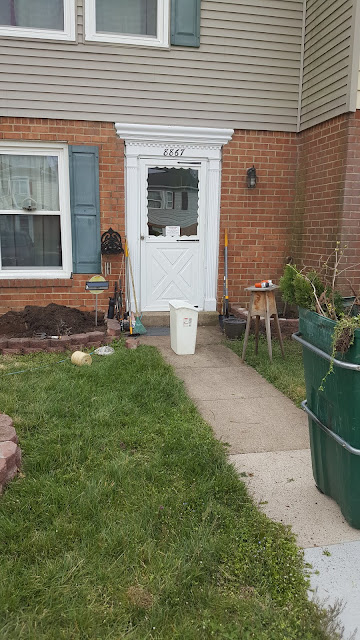 I had to put everything that was small enough in the trash can.   Too bad I couldn't burn it. 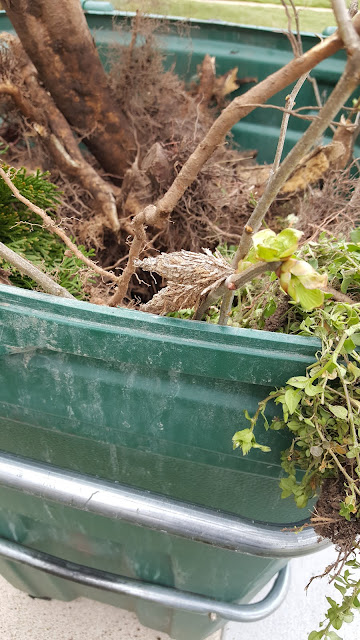 I'm waiting for two more Royal Empress trees that will be delivered mid-April.

This is what the tree looks like starting out. 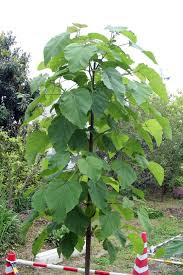 It will be about this size when it arrives from the Tennessee Nursery. 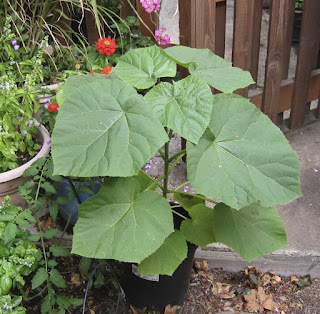 Here it is in full bloom. 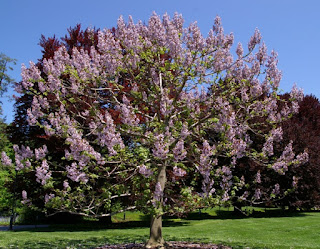 I can't wait to see it in my yard. 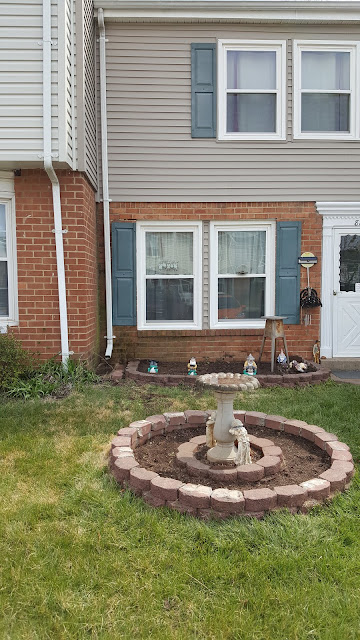 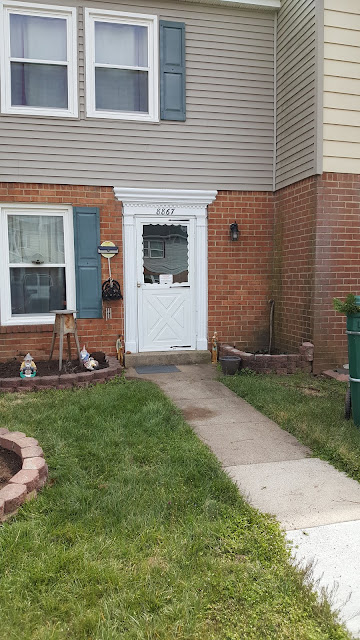 I was absolutely worn out and starving after I was done.  Time for some Tacos without the shells. 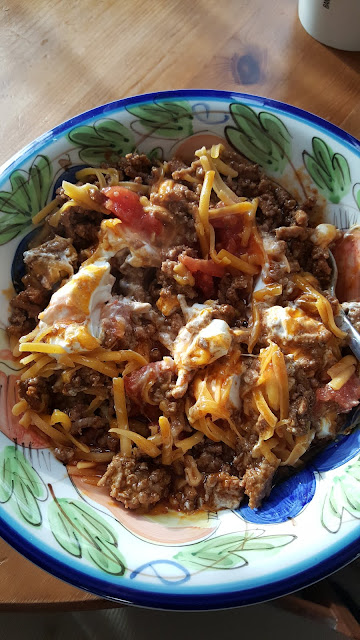 LOL.....it didn't take for more than 30 minutes for the pain in my muscles to show up.  I made sure to take a couple of aspirins before bed so that I wouldn't wake up sore this morning.   It did the trick. :)