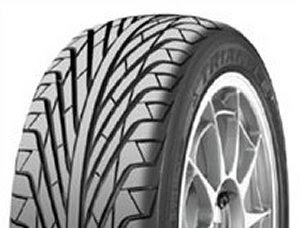 Remember the lady from yesterday????  This morning I get a call from my client.  She asked if I had already taken care of that one, that the mortgage company that requested the chase just called and had asked to cancel it.Rat Bastards!!!!  I told my client that the reason that they want to cancel is because I put the lady on the phone for 52 minutes and she made a payment by check over my cell phone!!!  The slick bastards piss me off!  My client said that she had figured I had already taken care of it and just hadn't had a chance to upload the report and photos.  That's okay....I'm writing a very detailed report when I get home tonight.I so glad that I don't get too many chases from mortgage companies.  Many field agents have done many chases for them and have never gotten paid.--------------I had just finished my last car chase in Hoodbridge....I mean Woodbridge...and was on my way back home when I  started to hear this very light rattle on the right side of the Evil Twin.  A view minutes later I felt a strange vibration on the right side and decided to stop at a station to see if maybe I needed some air in the right front tire.   Sure enough I could see it was low.  When ever you are able to actually see that a low profile tire is low on air, it's usually already too late.  By that time it is down to about 9 to 12 pounds and you're driving on rubber.  Do I carry a spare tire???  LOL....of course not, but I have a 300 lb sound system in the back instead. I didn't have any change for the air machine and had to go inside the station.  The woman inside told me that she couldn't open the register just for change.  I was fucking furious, you hear me???  She finally let me have the air for free, but it was too late.  The tire wouldn't hold any air at all.Since I couldn't leave the Evil Twin out there, I very slowly drove to Manassas, right up to Leggett Tires.  The man wrote up my order and told me that it would be at least and hour before they could get to me.  An hour later after the mechanic took the tire off, he realized that it was low profile and told me that they did not keep any in stock and that it would be Tuesday next week before they could get one in.  They called around for 30 minutes to find a tire for me, but no one had the tire in stock.   Meanwhile, I called and bugged Scott, one of our SE members who works in a shop in Springfield.  He had gotten me that same tire before, but of course last time it was during the week, not on a Friday afternoon before a holiday.  Scott tried, bless his heart, but he couldn't get one either.Finally, I had no choice but to VERY, VERY slowly drive to Miller's to see if they could find me a tire.Mark Taylor in service found the tire for me within 5 minutes!!!  :)  NTB had one about 2.5 miles down the road, but by that time I was afraid to drive her any further.  The tire was so bad off that you could stick your hand in it from the inside of the wheel.  Wilber and Jeremy were nice enough to let me take a loaner to pick up the tire.  I brought it back and Mark had it put on.The Evil Twin is back on the road.  I left Miller's to go home and upload some of my reports, but there was an accident on the road going to my home.   ........so, by the time I got there I had just enough time to freshen up, grab a cup of coffee, pat my pussy and go back to Miller's.   Fuck!!  Wait a minute, didn't I do the same exact thing yesterday?