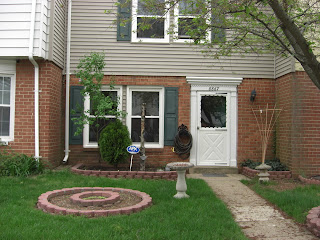 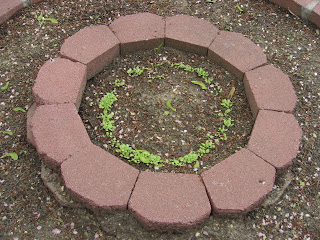 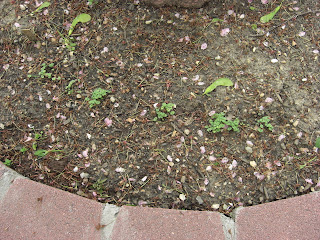 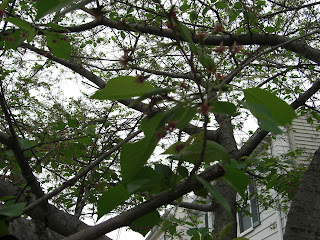 This is a Flieder?  I think it's called a Lilac bush.  Shit!  I just notice something purple in the corner of this photo and had to go out in the rain and check.   Sure enough, it's the first bloom ever on this bush.  Too bad it doesn't smell like it did in Germany.  I'm so disappointed!!!   Wonder what happened to it? 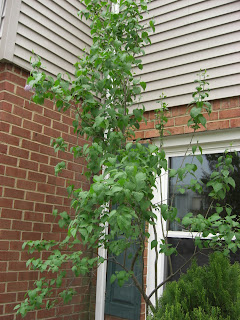 This is some squash that I put into the ground this morning before it started raining.  The weather has been awesome and I haven't had to use any water out of the faucet yet. :) 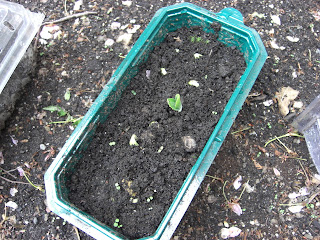 Here are some green beans that are coming up in my tiny back yard. 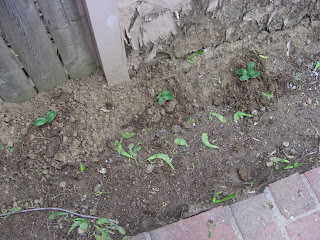 Then yesterday I made a batch of salve which I will have to melt again since it turned out too solid.  Oh well....live and learn. 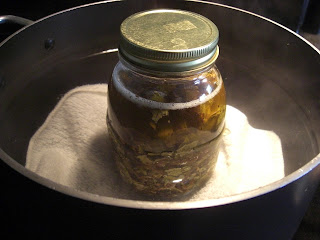 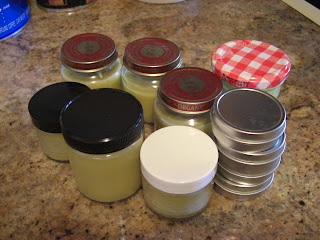 In other news....I am so excited!!!!  Linux based Ubuntu 11.4 is due to come out on the 28th of this month.  Woohoo....no more Windows!!  I've been playing with a beta version for weeks now and so far, so good.
Everything that I have works.  The cameras, the printers and the internet.  Luckily my daytime work involves web based applications, so there is no issue there.  I also found a free accounting software called GNU-Cash that works with Windows and Ubuntu so the switch over won't be an issue either.
Now I don't know why I was so afraid to get away from Windows.  I guess it was because I would have to un-learn windows and try something totally different.  I'm still learning, but I'm already comfortable with it.
Happy Holidays to everyone.  Whoohoooo!!!   I have Sunday off! :) :)
4 comments:

The Power of Words

I know, I know....it's been months. Lots going on...much stress. Just haven't felt like posting much lately, it would have been a bunch of whining anyway, but I'll get back into it.
Catch up time.....
LDN....It's been 56 days since I started taking LDN (Low Dose Naltrexone) to keep a re-occurring patch of cancerous skin, that had been removed twice, in check. I'm at a steady 4.5 ml which I take in between 10 and 11 PM. I sleep well and wake up rested and ready to get started. I haven't had to get up to go use the bathroom in a long time, so I'm usually sleeping right through the night.
Near the end of March I went to see the doctor about this severe pain I was getting in both my elbows. She had them xray'd and it turned out to be bone spurs in both elbows. Not much can be done for them except for surgery and pain meds every 6 hours as needed. I'm so happy to be on LDN because it seems to stretch the time that the pain meds, when I do need them, last. Usually I get by with taking Turmeric three times a day, but once in a while the pain is just too much. That's when I take a non-opiate pain pill. That seems to take care of it for a few days, sometimes even a week. I sure am glad not to have to take them twice a day, every day. :)
Garden....I added dirt to every bare spot I have in the tiny front and back yard at the townhouse. I'll be trying my hand at planting veggies again this year. Below is what I have sprouting so far. Red Beets, Cucumbers and Brussel Sprouts. I think that I'll put the Cucumbers in the ground tomorrow. 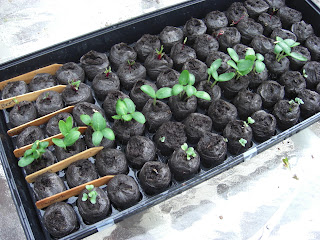 I brought this pot with dirt with me when I moved back in October......anybody know what this is??? 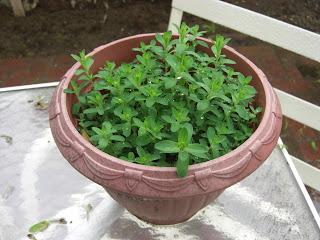 Ubuntu...In March, the Windows Operating System got on my last nerve. I have a copy of Windows 7, but it's already on another computer. I refused to spend anymore money on it, so for the last four weeks I've been trying to forget everything that I know about Windows and start from scratch using Ubuntu. So far I just have it on my laptop to see what it will and will not let me do. So far I'm loving it. The deal breaker would have been not being able to hook up a second monitor. I almost gave up when it wouldn't see the Acer Monitor, but then I remembered the other monitor which works fine now. Next is hooking up the printer. I guess I'll do that tonight. If everything goes as planned, I'll be converting my other laptop to Ubuntu in the next few days. 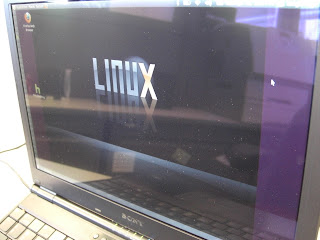 I'm posting today using Blogilo which works just as well if not better than Live Writer.
Inspections.....Still doing them along with car chases. Last Monday I was in Clifton VA inspecting a store. While I was there I took a photo of this..... 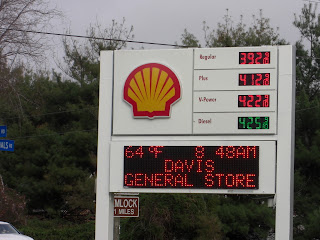 Sucks that the gas prices are going back up! It's up to 3.74 over here this morning.
5 comments: