….before going to work yesterday.  I had gotten an email from Katie letting me know that they now grow their own Wheatgrass.  It’s always a pleasure to stop by there and they were in full swing for Halloween with pumpkins everywhere. 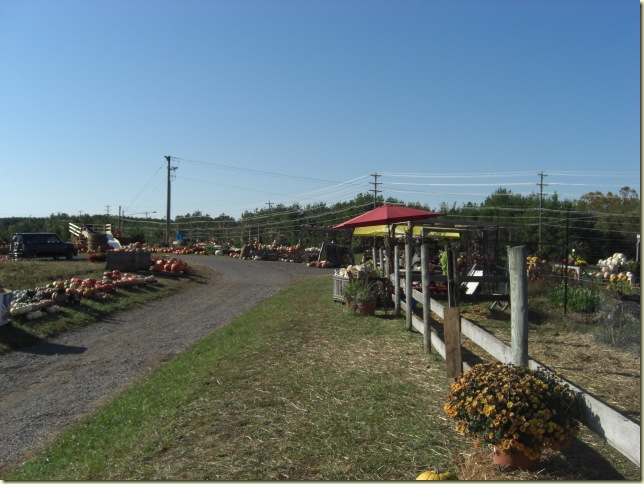 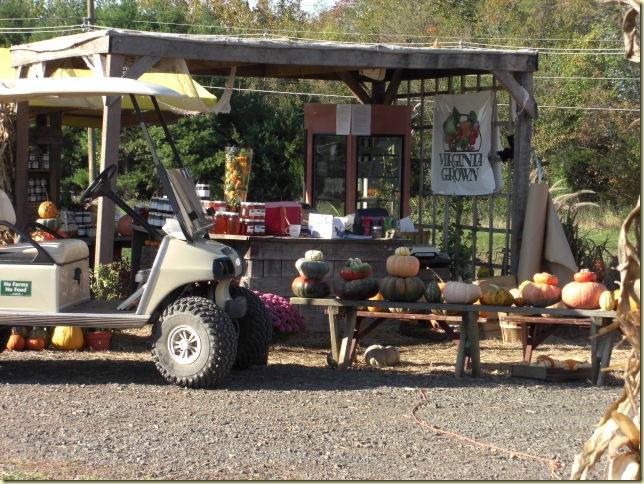 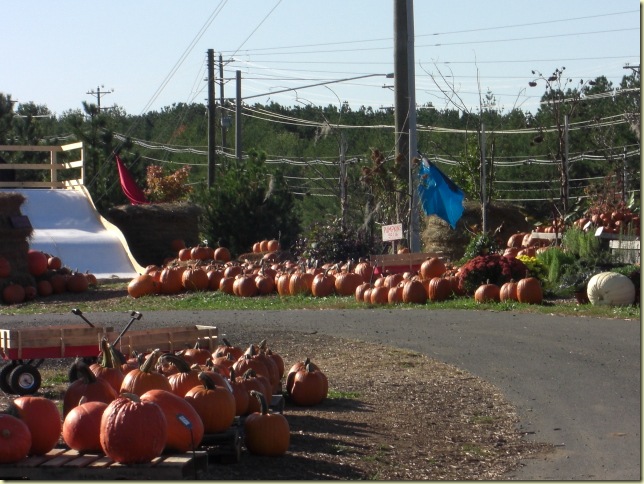 Of course I had to stop and see the animals. 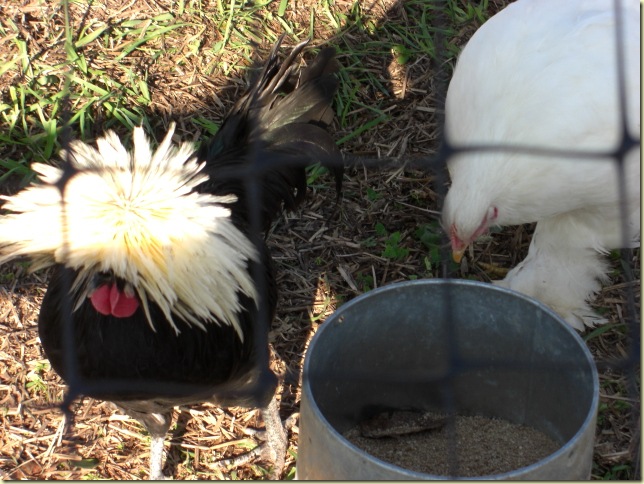 Including the most bizarre chicken that I have ever seen. 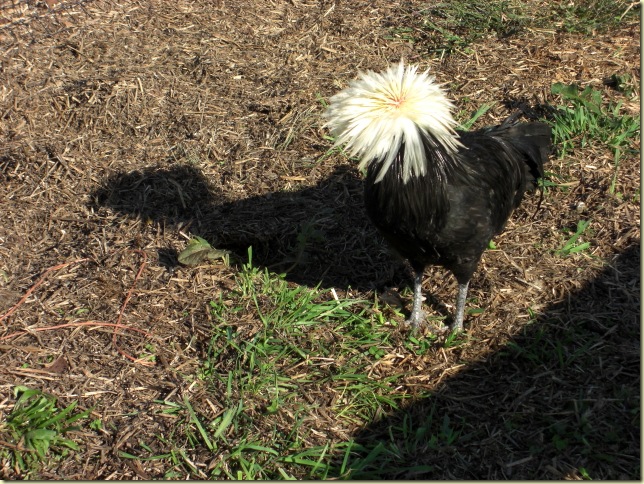 My favorite was the blue eyed pony. 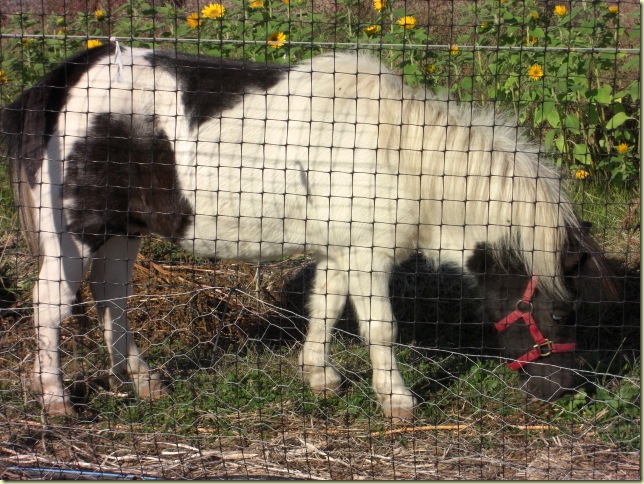 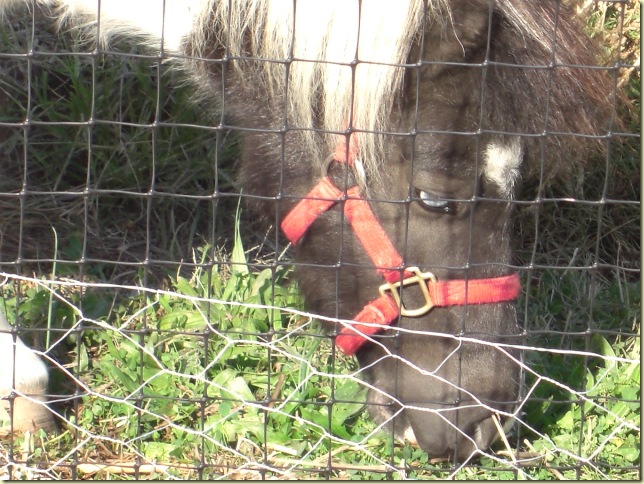 Here are the famous fainting goats. 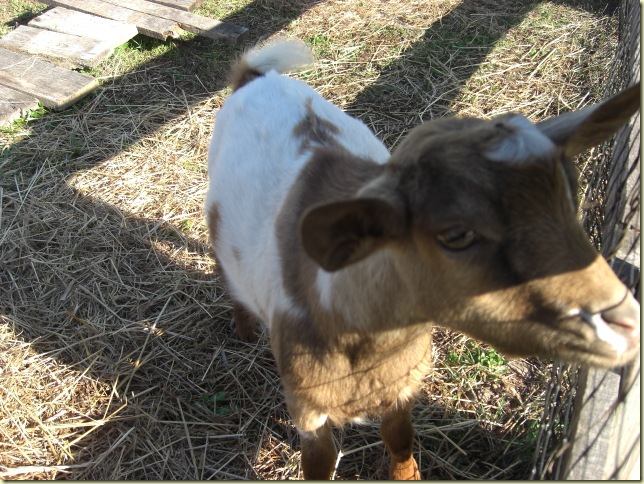 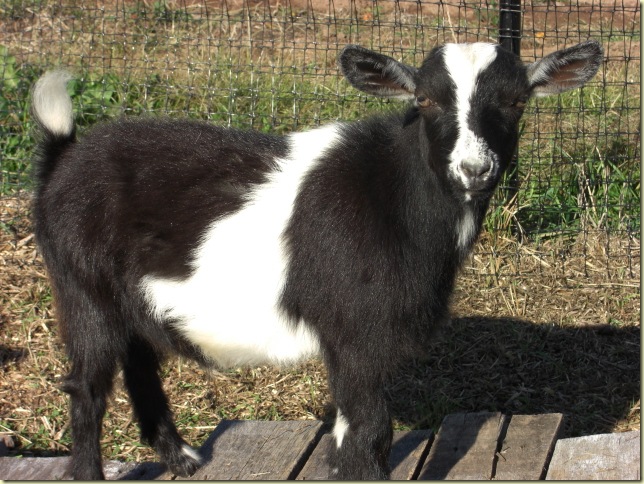 This is one dually I’d love to have. 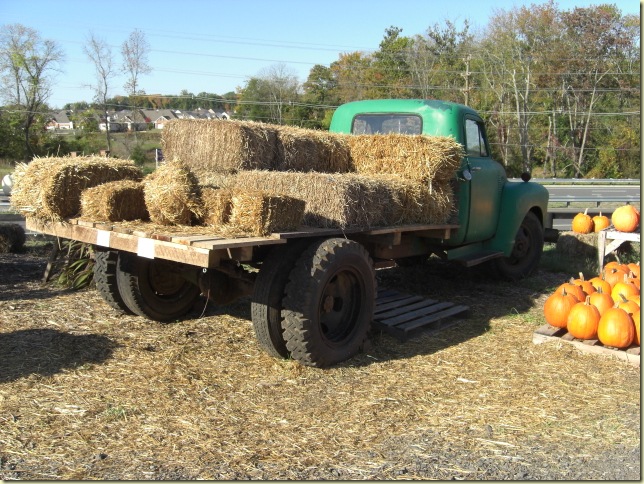 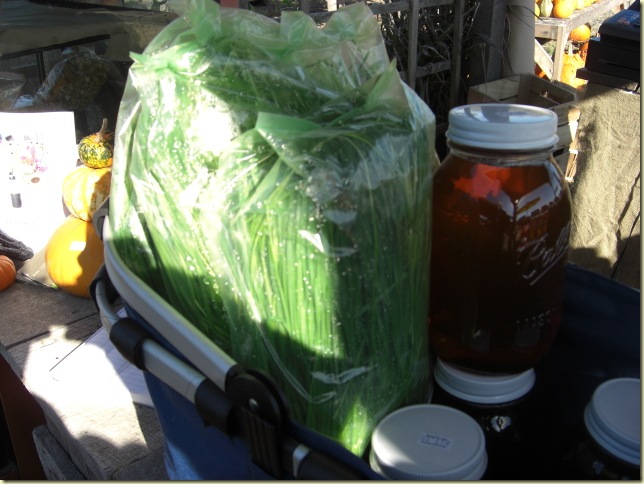 …..and here are the goodies I was looking for.  Two pounds of Wheatgrass and four quarts of honey.  That should last me a while.  I’m glad that Burnside Farm is not too far away from me in Manassas.  It’s about 7 miles, so I’ll still be stopping there

I juiced some Wheatgrass this morning and was really worried of how it would taste.  Not so bad really, it’s kind of sweet.  No problem to get it down at all.

Most of my belongings are already in Manassas and Kenny is helping me move the few larger items that I have on Wednesday morning.  Tomorrow I’ll go over there to re-arrange stuff and then put some of my things away.  I hope that it doesn’t rain tonight or tomorrow because I have asked T-Jay to move most of my boxes outside into the back yard.  The clutter of the boxes stacked up on one of the walls of his room was driving me nuts.  This way I can put away one thing at a time and all those boxes won’t be in my way.  Even though I haven’t added much to my belongings over the past two years, it still seems a lot of stuff to me.  I might have to downsize some more once I get all moved in.

Today is T-Jay’s last day here. :) He’ll be boarding his train at 7:20 tonight. It’s a sad day for me.  I haven’t accomplished much today and have just kind of been moping around.  I’m hoping that I’ll be strong enough not to fall apart later today.