Keeping my eyes on the Dirt Daubers

Last Sunday I put screens on all the opening outside. 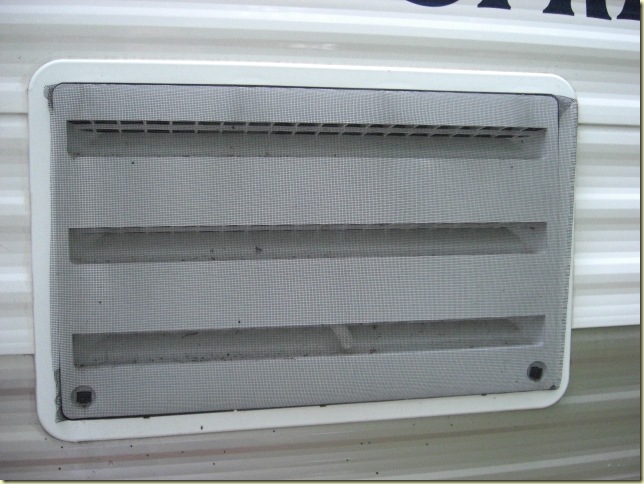 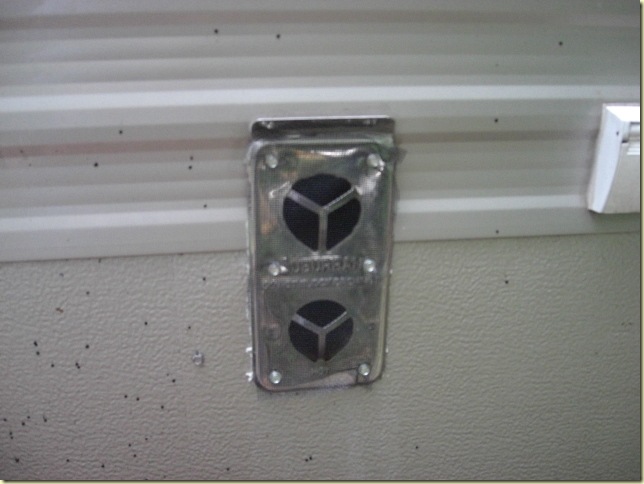 I found out that the opening above is for the furnace.  I’m glad I removed the nest.  I’m sure it would have caused me problems this winter. 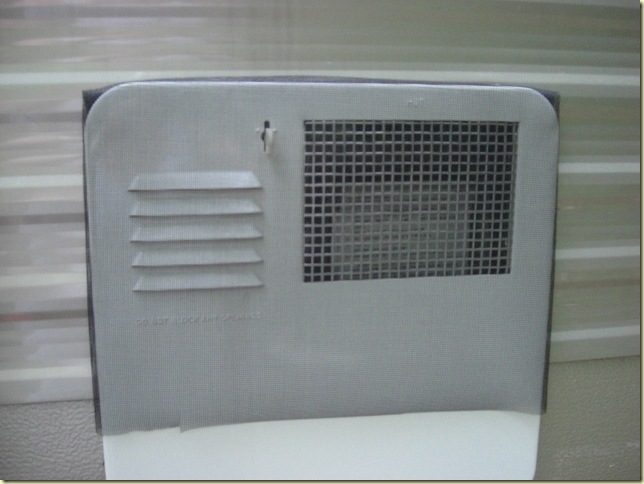 I know that it’s not fool proof, but it sure won’t be as easy for them to get in.  I’ll just have to keep my eyes on it.

Yesterday I had an appointment at the dentist to check on how I was healing after the extraction and to do an estimate on pulling 5 more teeth, replacing them with a bridge.  It was pretty funny when they checked to see how I was healing up.  The whole office was in my room and everyone was amazed with how fast I had healed up, stitches and all.  They told me that it looked like nothing had ever been done.  I told them it’s because of what I eat. :) The antibiotics are in my refrigerator, I only took them for two days.

Why are dentists so hell bend on trying to talk people out of getting all their teeth pulled?  My father had all his pulled when he was in his 30’s and never had a problem.  I realize that there is a learning curve once you get dentures.  It takes getting used to.  Is it because once you have them pulled, the dentists are losing money?  The estimate to repair/replace my front upper and lower teeth came to about 5 thousand dollars.  My insurance will  cover all but about 2 thousand bucks.  WTF?  It would be cheaper just to have them all yanked out.

It’s raining like crazy right now.  A realtor in Woodbridge hasn’t been paying her credit card bill, so the credit card company has asked me to go to her house to see what’s up.  I think I’ll wait until tomorrow since people around here can’t seem to be able to drive in the rain.  It would probably take me twice as long to get there.

Instead, I’ll go to hug my Mom’s neck.  I haven’t seen her in weeks due to my crazy work schedule.