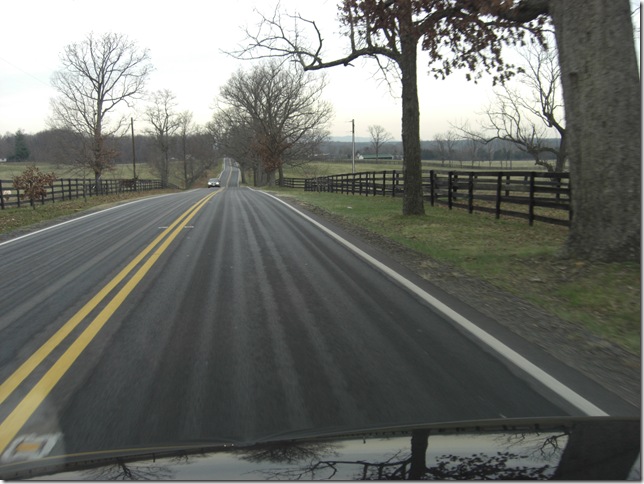 This is yesterday on my way to  Buckland Farm Market to pick up a few things.  The road has been pre-treated for the expected snow, you can tell by the vertical lines. 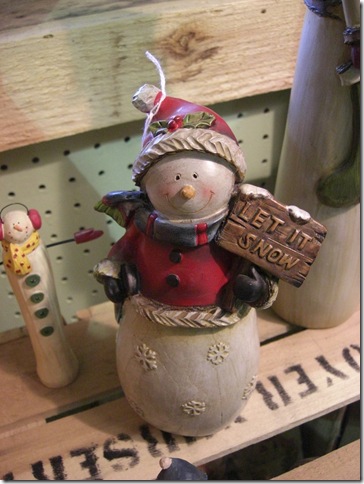 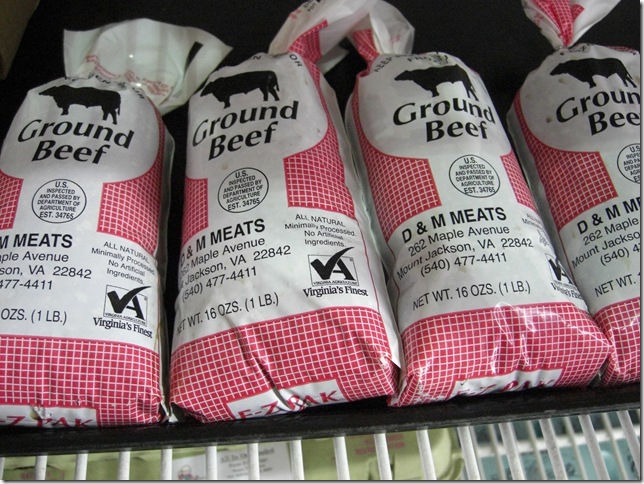 Picked up some “home grown” ground meat, eggs (Guy…yes I return my empty egg cartons) and …. 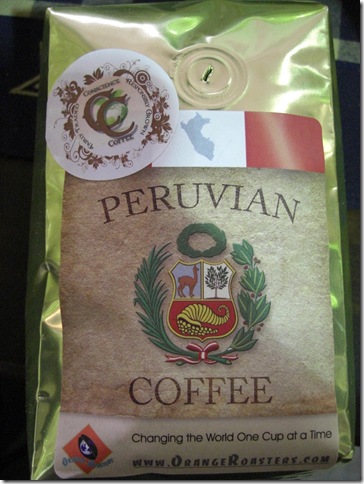 ….of course some coffee.   Should have gotten some filters somewhere, but the grocery stores were packed like crazy and I didn’t feel like standing in line due to the pre-snowstorm craziness.

In between car chases, I stopped by Reines RV Center to pick up some antifreeze.  Of course I had to take a few minutes to look around in the show room…. 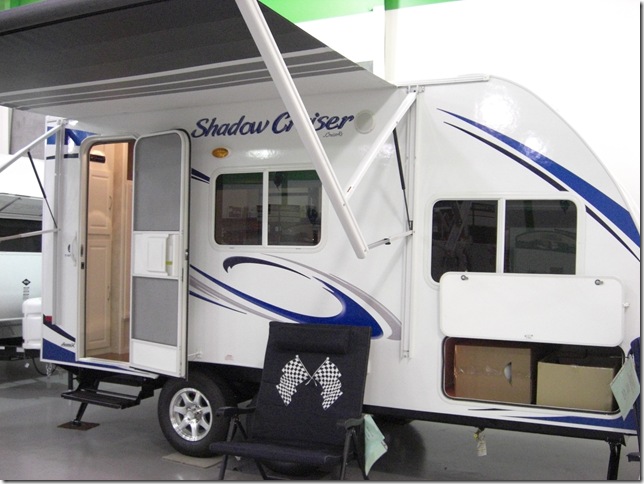 …..I would love to have one of these.  LOL….I could fit two of them in my trailer.

Then off to Millers to meet up with Ruben.  His CD player had eaten a CD and the service department was replacing his head unit.  He was telling me how hard it was to find snow shovels and that they were so expensive this year.  I was about to leave there when I ran into Sarah who told me that we had snow shovels in our parts department.  Ruben got two more and I picked up one for myself.

Then it was off to a couple more car chases and then to work at Millers.  We had the weather on in the showroom and were told that the snow would start between 8 and 10 PM. 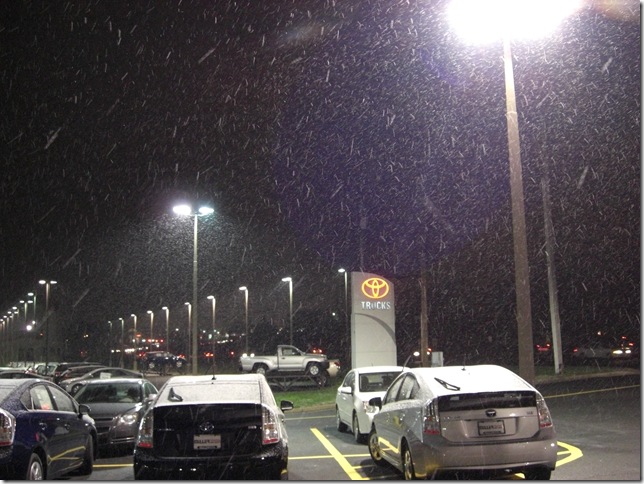 By the time I got off, the  snow was already sticking to the road.  It wasn’t too bad and all the drivers behaved themselves.  No one drove stupid :)

Getting into our driveway….. 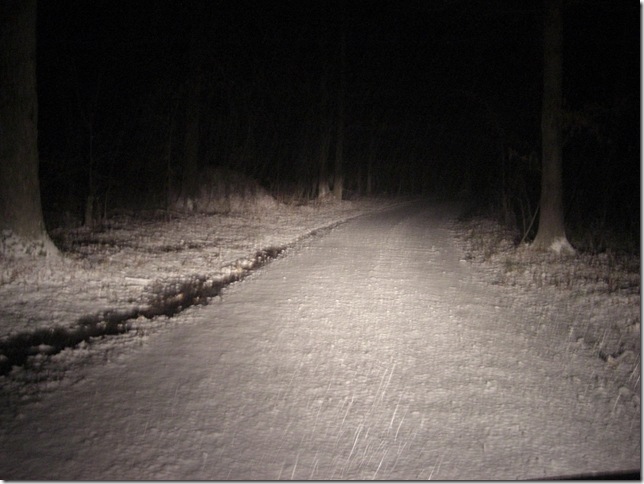 I drove up to the front door and unloaded the Evil Twin.  The first thing I did was dump 4 gallons of antifreeze down my toilet to keep my black tank from freezing up.  I had emptied it yesterday morning.

I tried not to open the door to see how the snow was going since it was so snuggly warm inside…..but then nosiness got the best of me and I had to get a photo…. 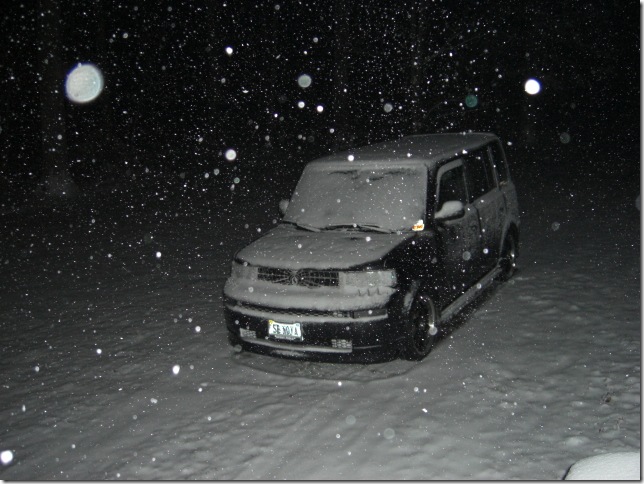 This morning I was woken up when my phone rang.  It was the company that we do the snow removal for every year.  We take care of a subdivision in Centreville.  They told me to go ahead and let Ruben know to get his crew together and head on over there.  They will probably be there all day since it’s still snowing.  When it stops snowing, they will clear the sidewalks one more time and then put down a mixture of sand and salt.

I poked my head out of the door at 7 this morning to see this…. 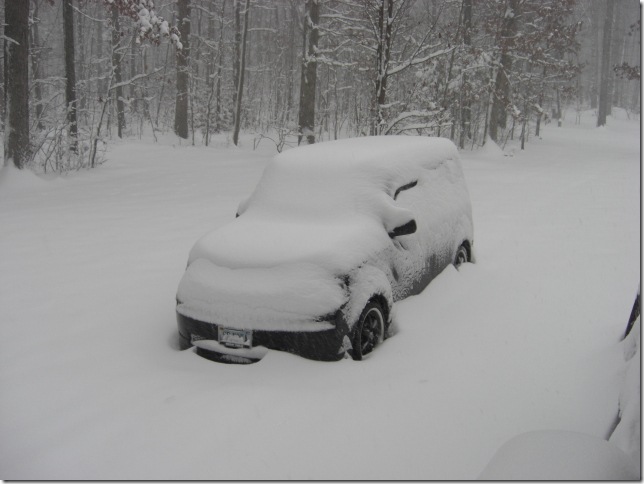 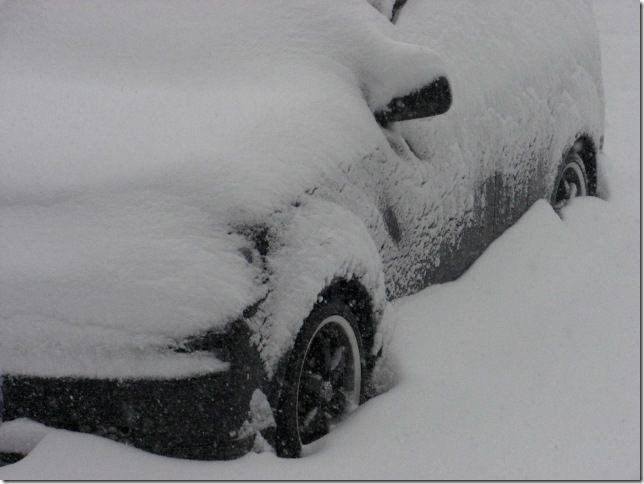 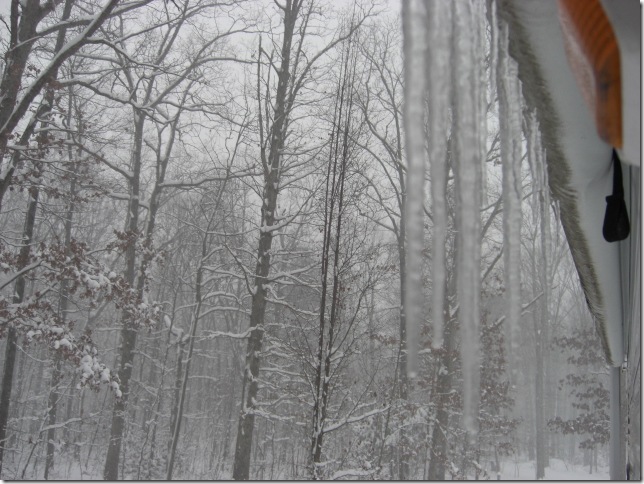 I made a call to Millers to let them know that I was going to be late…..very late.  Sharon told me that the sales department will be closed today.   Good idea :)  I can’t imagine that someone would want to come out today and buy a new car.

I met up with Kenny’s Dad  before leaving home yesterday.  He was getting his equipment ready to clear the driveway to the secondary road.  I’m sure he will start once it gets a little bit warmer.  It’s supposed to get up to 30 degrees, but the winds are supposed to pick up to 17 miles an hour.  I guess we will see how it goes.

Meanwhile….time for another cup of coffee.  Hope everyone stays warm and safe.