So I'm leaving Culpeper to go to Woodbridge.  I get on Aden Road and about 6 miles down Aden I have some idiot in a dark gray pickup truck just about UNDER MY REAR BUMPER.  Damn....I was already going 55 in a 45 and was about to pull over for him to get by when he passed me absolutely hauling ass.
8 miles later I come to a  stop because Aden Road is now completely blocked on both sides by police cars, ambulances and tow trucks, with that dark gray pickup and a second car in the ditch.  Stupid Rat Bastard...hope he didn't kill himself or the other person. 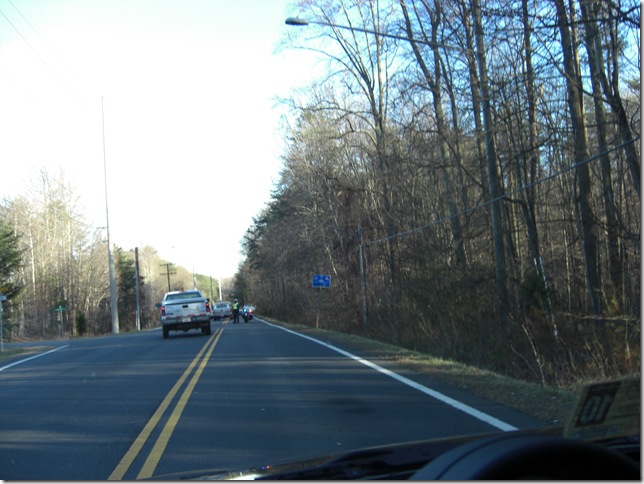 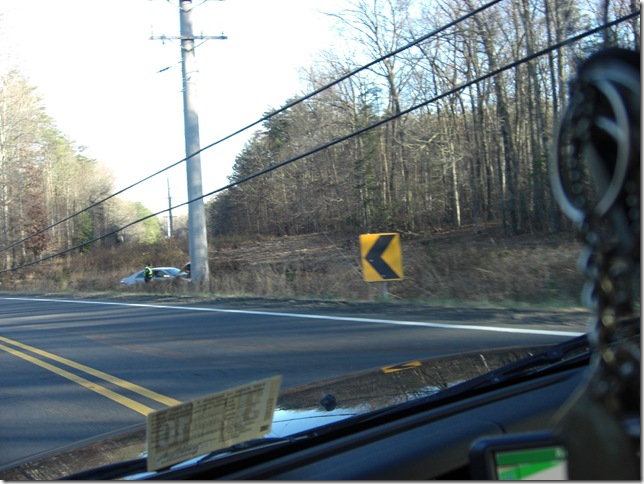 Car still in ditch, but the pickup is already gone.
It took quite a while for traffic to be let go ....just in time because I was running out of fuel.  I found an Exxon station and fueled up.  While I was there, there was a group of people at the pumps giving demonstrations of a new waterless car wash and wax product.  LOL...they were coming up to all the customers that had older cars offering to demonstrate.  Good thing they didn't come up to me because I would have lost it if they tried to wash the Evil Twin with that stuff after days and days of snow, rain, and mud caked on my baby.  They carefully avoided me. :) I guess they weren’t all that confident of their new product?
I got to Millers just in time.....before I was late.  Did I tell you that I HATE to be late?  I had been on the road all afternoon and didn’t even have time to stop to get a bite to eat.  I was starving!!!  Thank goodness, Sergio, one of our sales persons, came to the rescue.  A bunch of us put in money for pizza from Costco and he went to pick it up. :) 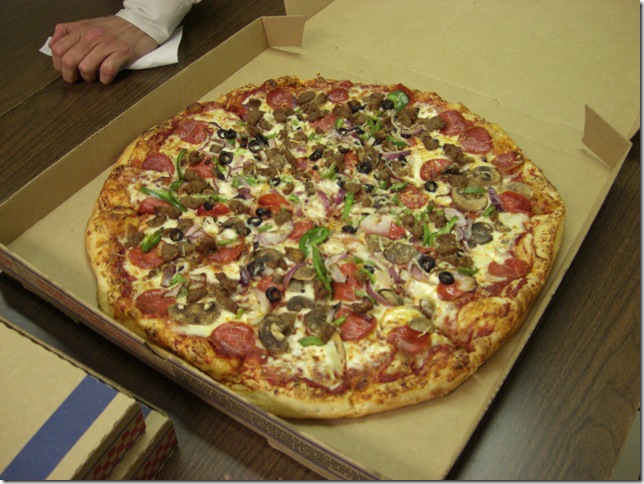 Not the healthiest breakfast/lunch/dinner, but it did the trick.