I Think The Storm Is Finally Done….

That’s what Scott said at 9 PM last night.  I don’t know because I refused to open the door and share my heat with the outdoors.

This is this morning….. 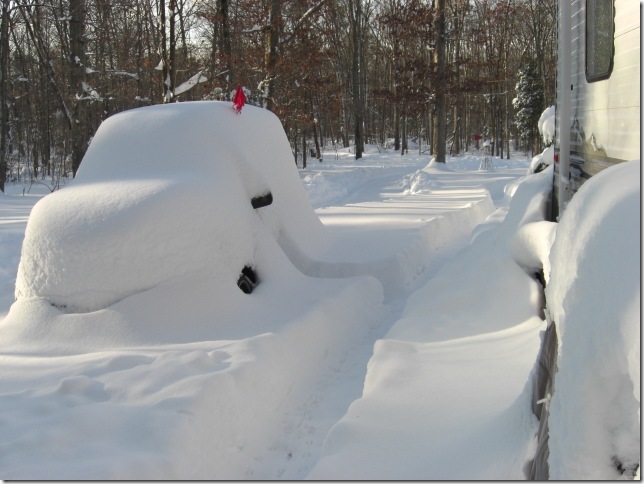 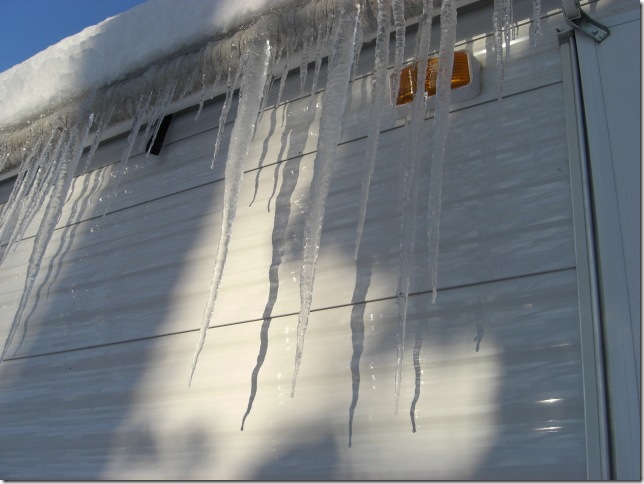 I know I should have blocked the little space  behind my steps.  Looks like quite a few critters made their way up under my house to spend the night last night.  I see they took advantage of the path that I dug yesterday. No wonder my pussy was acting up last night and I had a hard time getting her to be quiet…….. 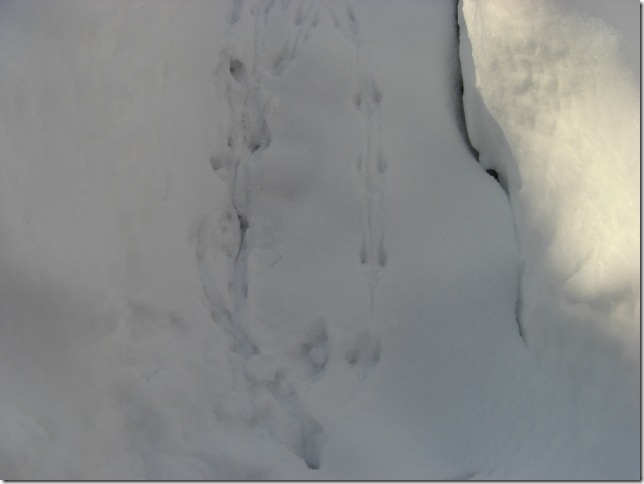 I dug a patch going from my front door to Kenny and Cyndi’s driveway….. 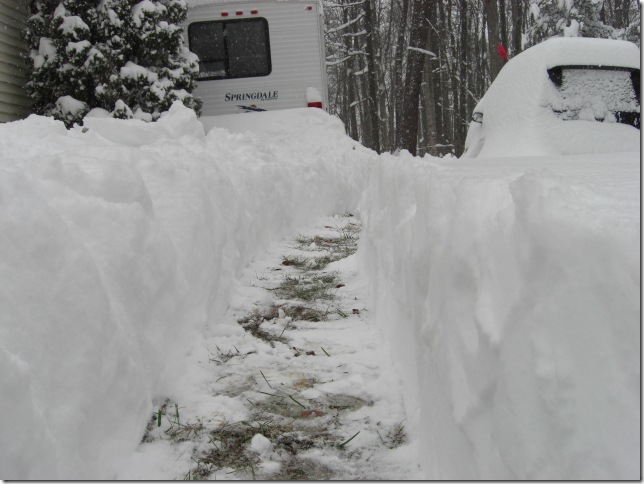 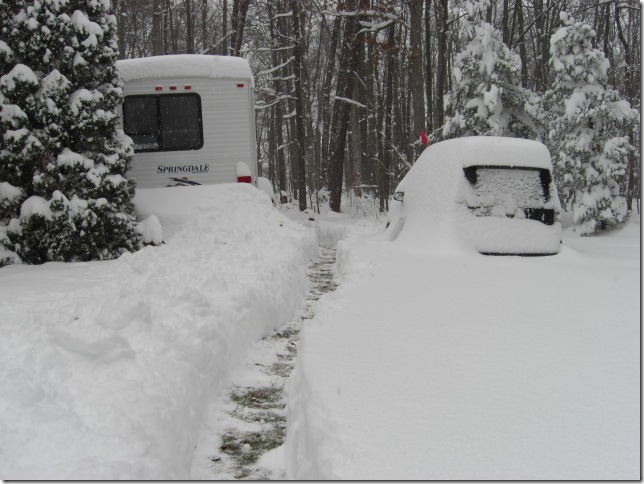 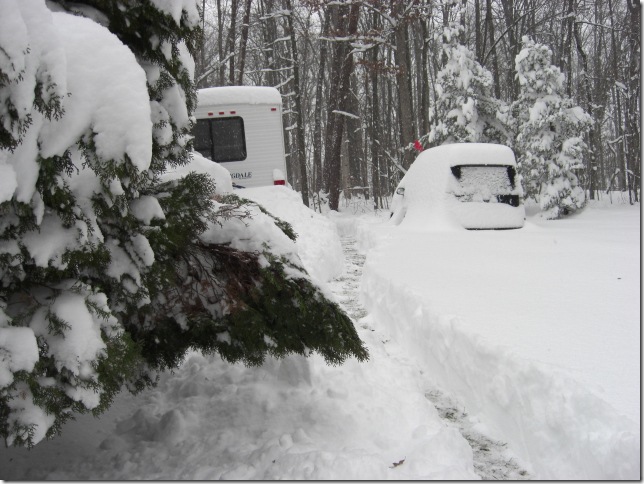 After it started to get dark, Kenny’s Dad brought his tractor and cut a path from the Evil Twin to the gravel road……… 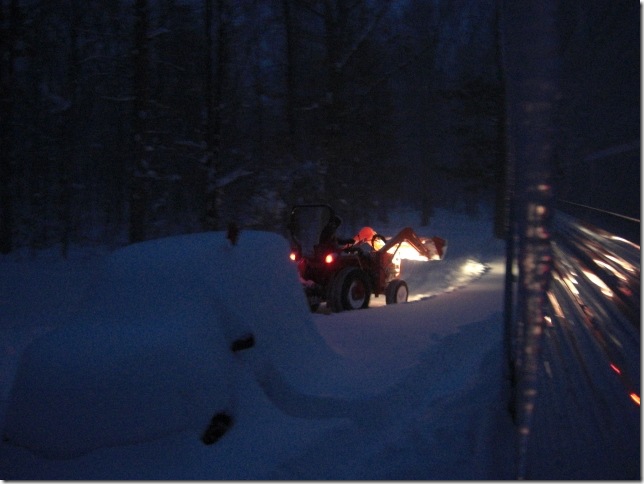 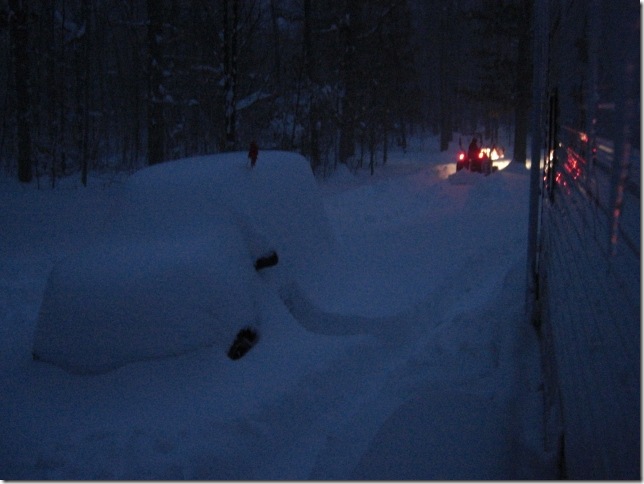 This morning I had visions of digging my car out so that I could make it to work at noon.  It looks like we got another inch or so of snow before it finally stopped. ….. 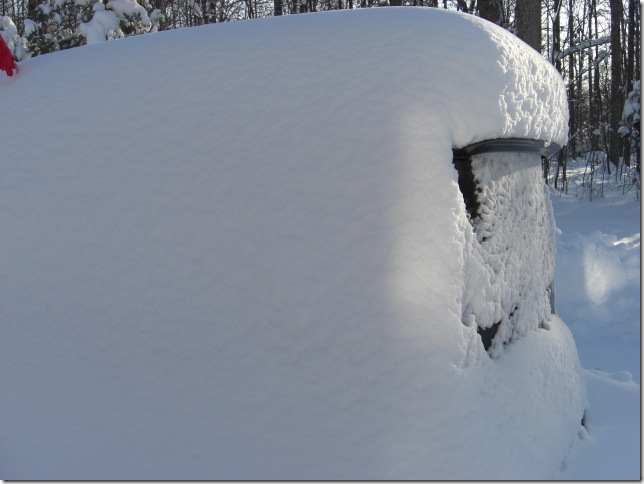 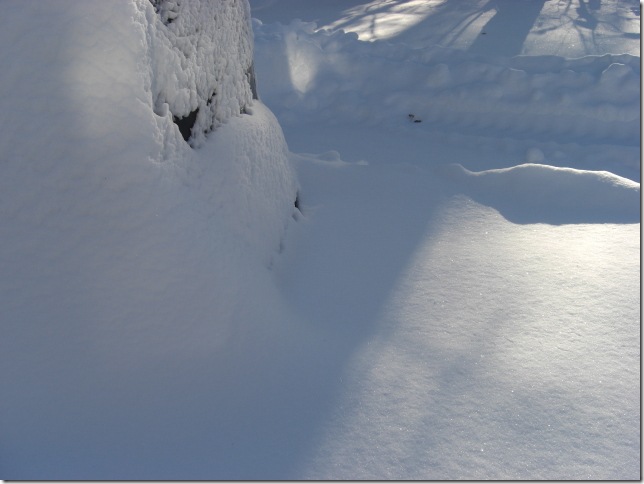 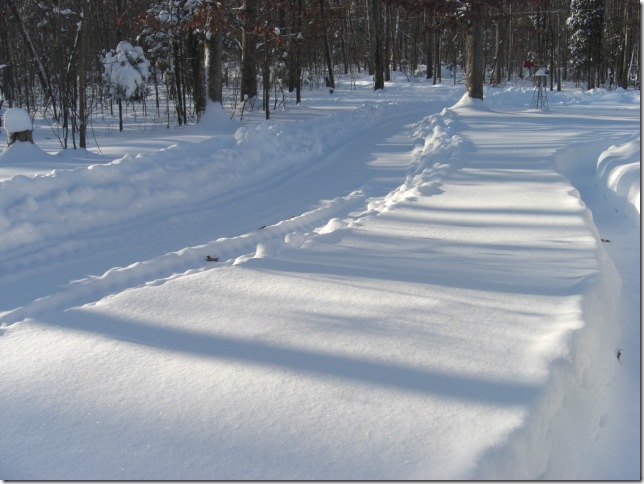 ….and this is as far as I got before my fingers and toes got numb…. 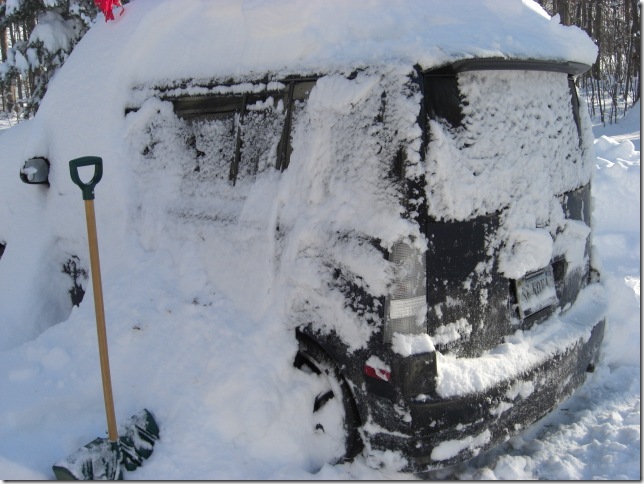 It looks like it will take longer than I thought.  Still waiting for my toes to thaw out.

Ruben called me at 9:30 last night to let me know that they were coming in.  He and his crew had been out there for 14.5 hours shoveling snow.  It was very hard for them to clear the walkways because of the winds blowing the snow.  On top of that new snow kept on coming. He said that they were beat,  and cold.  They are out there again this morning clearing the walkways  and then applying salt.  He and his crew put in over 100 hours yesterday.  Hopefully they won’t have to be out there that long.

Well, I can almost feel my toes, so I’ll go out there again in a few minutes. :)