First Day Out And About After The Snow

Leaving home at around 3:45 PM yesterday. 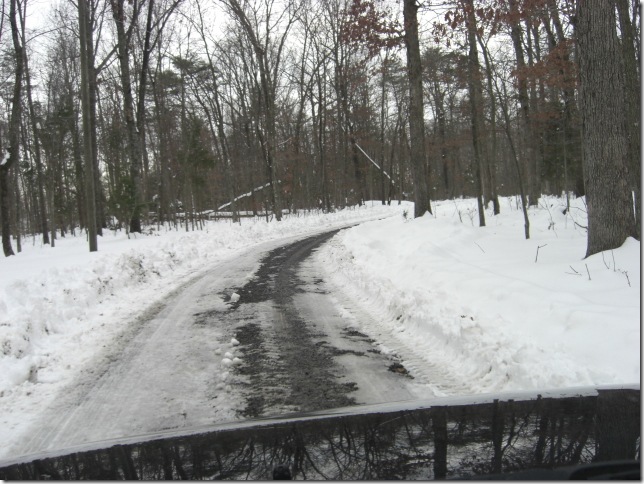 Thanks to Kenny’s Dad, the way out to the paved road was not too bad.  Once I was on pavement, since the temperature had gotten over freezing, the road was sloppy where the snow and ice had melted and I was already worried about having to drive back home once it froze back up…. 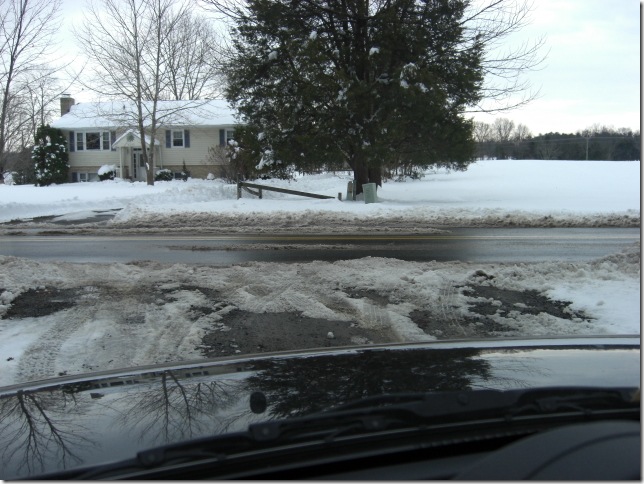 The secondary road was dry in many spots…… 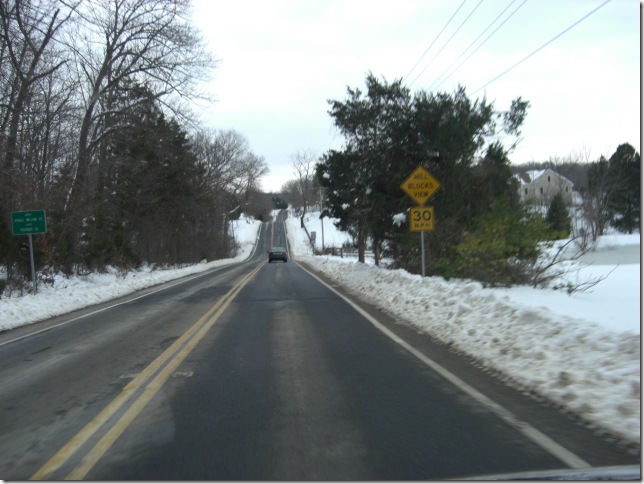 I got to work without any problem.  Not too many idiots on the road except for one.  A speeding pickup truck with a lift kit and huge tires slid right past me at a stop light.  Only a few people had been too lazy to take a few minutes to knock that almost two foot snow bank off of the roof of their cars.

Going home was not too bad either.  I was worried for nothing.  A couple of patches of black ice and that was it.

I can’t believe that I’m still using the same tank of propane that I hooked up on the 6th of December.  The straw and bubble wrap has done wonders.  I’m such a happy camper!  Last winter I would have been on my third tank by now.

I’ve been doing a lot of knitting to get rid of all this left over yarn I had.  Finished the last throw rug at the end of last week…. 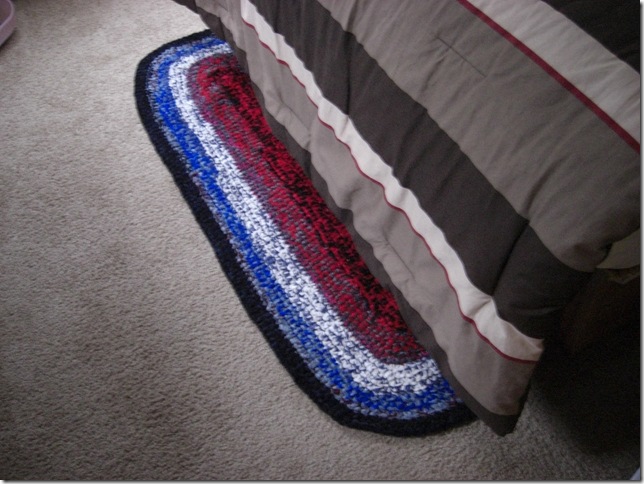 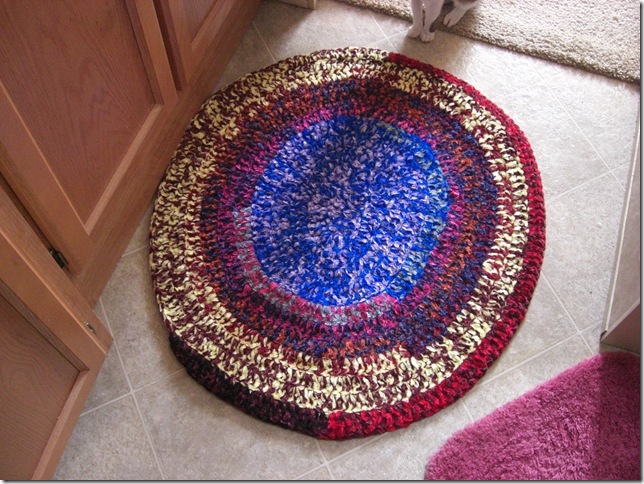 For some reason my pussy doesn’t like the one in the bathroom.  She always goes around it and refuses to step on it….weird!

I have now started making dish cloths.  My Mom gave me the idea when she ordered some of them on line.  She gave me a few to try out and I really like them.  I’m on my second one.  I’m not very happy with them yet since I can’t seem to get the side borders right, but I’ll keep on practicing until I get them just so.

I learned to knit in Germany and the way they knit is different from the American style knitting. Due to this I have a hard time following American directions.  Maybe I should look for German instructions?

While I was at Millers last night I got 6 e-mails for mortgage chases.  Some of these people are as much as 6 months behind in their mortgage payments.  It sucks to have to go to them at this time of year.  I hope that I don’t run into anyone that doesn’t get that I’m just the messenger, but as always, I’ll have my Bersa by my side….just in case.

Looks like I’ll be out most of the day today.  I will do five of them.  The 6th is in Culpeper and this will be the 3rd time that I will be going to this home.  I always save all my photos by the person’s name and I knew the name sounded familiar.  When I got home I found the photos and after looking at them and remembering where they were taken at, I know I probably can’t get to the house in the Evil Twin.  I’ll save that one until tomorrow and give the snow a chance to melt down some more.  Meanwhile I’ll get the other 5 out of the way.  Gainesville, Woodbridge and Dumfries.  Two hours of drive time.

I think I’ll head out of here around noon.

Time to warm up the rest of my home, while I’m making one more cup of coffee, so I can head to the shower.