Dinner at Mom and Papi’s Place

The absolutely bestestes (this SHOULD be word) happening of the entire day was that T-Jay felt good enough to join me at his Oma’s home.  It was so nice to spend some time together that included my son.  It had been a long time! :)

The weather was good to us going up to Linden.  A little drizzle, but that was about it… 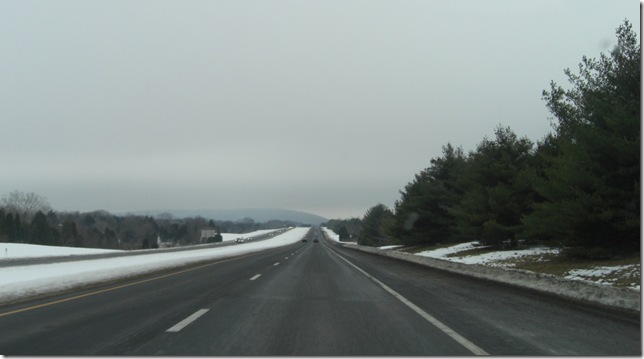 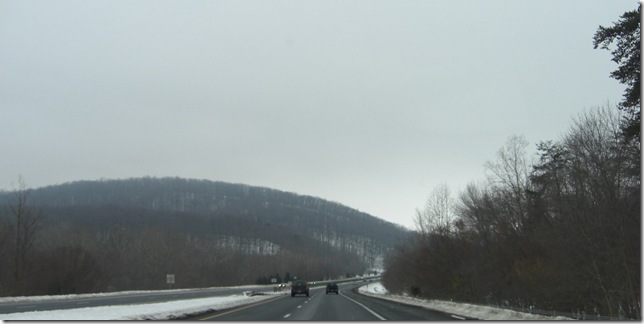 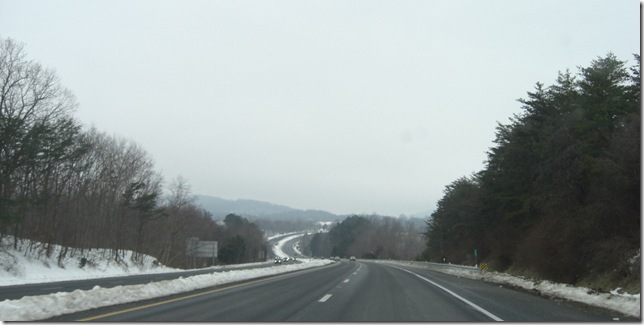 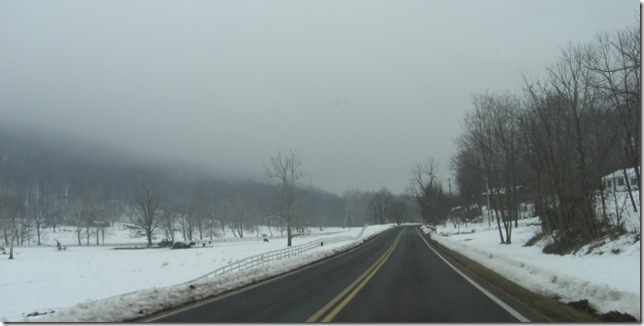 Mom loved the dishcloths that I made for her and immediately put in an order for 10 more.  LOL….Looks like I’ll be busy during these winter months and I’ll get a lot of practice knitting them.

I gave Papi a jar of Guy's, Miss-Bee-Haven Dry Skin Treatment, and he was all smiles.  He told me that he uses it every day and that his hands are soft as babies butts.  Mom got into the jar while he was not looking and he was none too happy about it.  He said that he refused to share the jar with any one.  So Guy, check your e-mail for an order later today. :)  BTW…the Lip Balm was also a big hit. :) 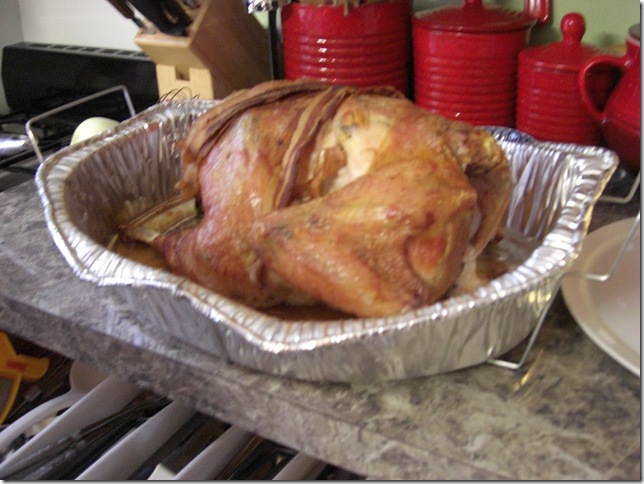 The table was set beautifully…. 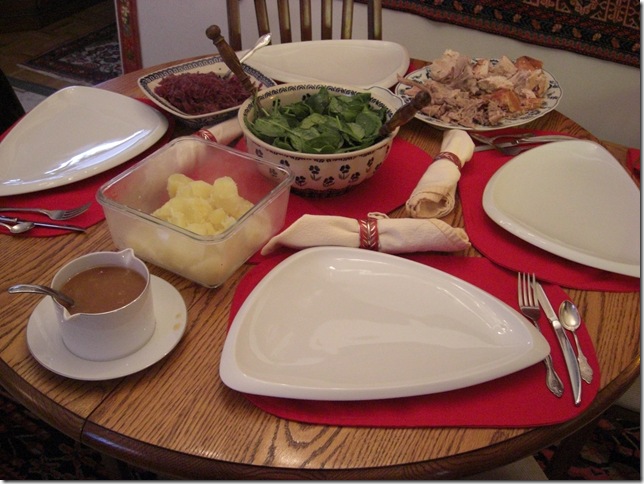 …..and it was delicious as always…. 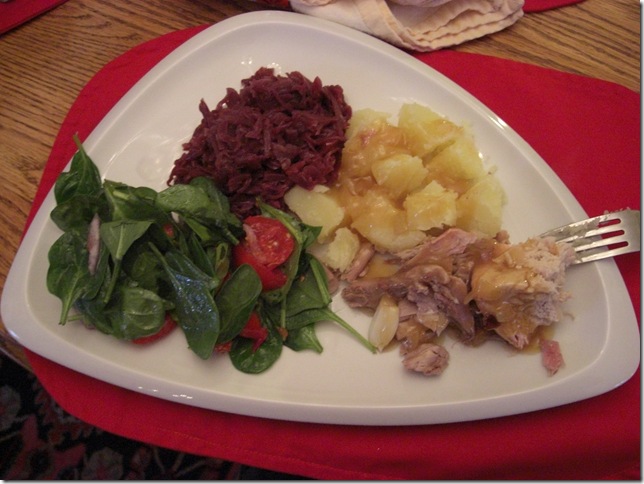 I loved the decorations, this is my favorite… 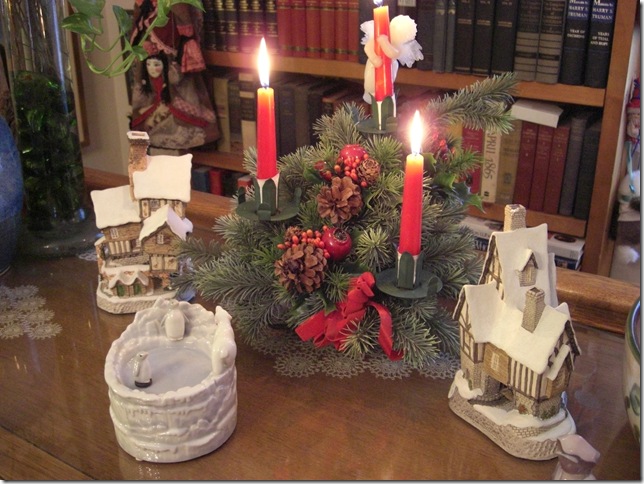 Then it was time for the first desert.   German chocolate pudding with eggnog from Pennsylvania… 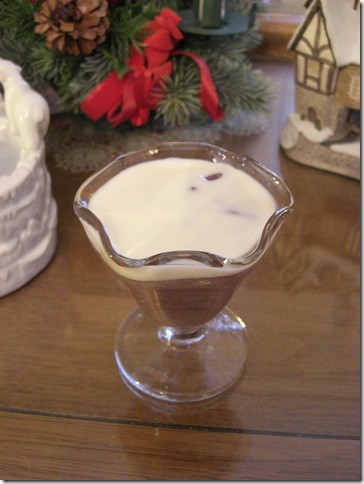 After we cleared away the dishes and I made a skeleton out of Mr. Turkey, we went to the kitchen for coffee and German cheesecake…. 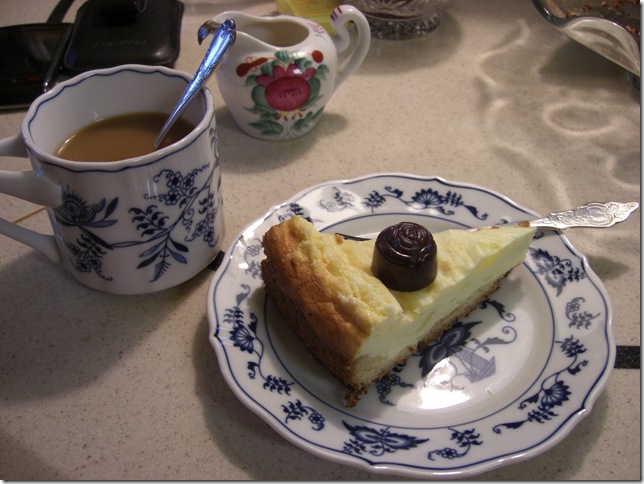 That piece of chocolate candy is filled with Cognac.  I think I had about 4 of them….don’t remember.  The cheesecake was to die for!!!

Took a peep outside to see what the weather was doing…. 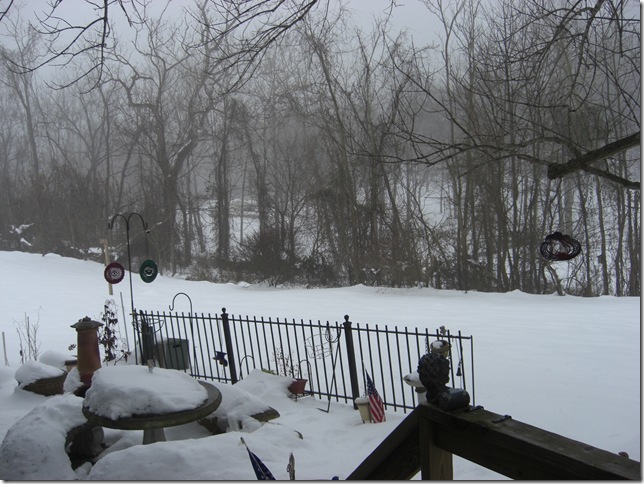 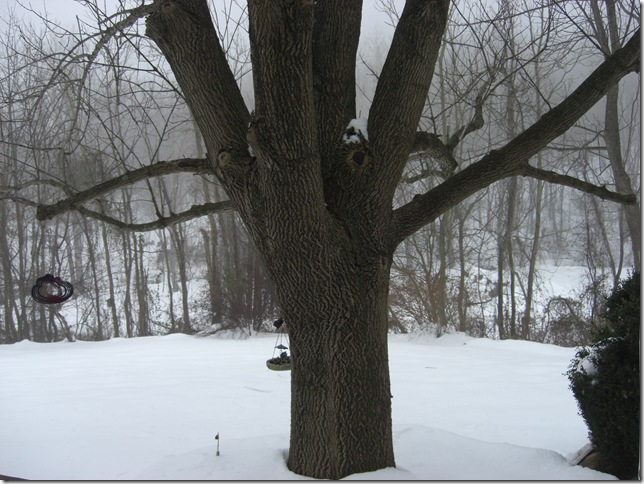 I found this in the kitchen.  It’s a cookbook that I gave to my Mom in 2007.  I had never noticed the statue that holds the book.  Funny, as many times as I’ve been to their home, I always find something that I didn’t notice before….. 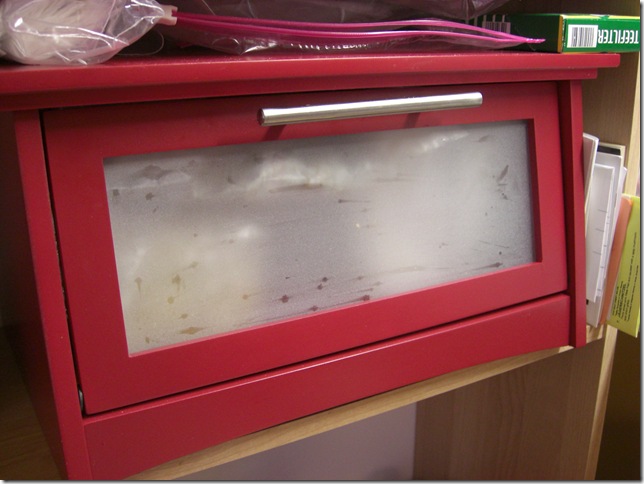 What an enjoyable afternoon it was.  Lots of hugs, laughter and great food. T-Jay and I left when it started to rain.  The drive back wasn’t all that great, lots of fog and rain.

I brought home ALL the leftovers.  Including ALL the stuffing that my Mom had totally forgotten about.  I told her that I would take it.  I remember that on some ones blog there was a recipe for using stuffing as a breakfast dish.  I’ll have to look for it.

Sssshhhhh…..be quiet…..Pappi gave me a can of “Dumski’s” cat food.  My pussy is eating the whole bowl that I fixed for her including the meat.