Another Year Flew By

I can’t believe it’s New Years Eve.  Where did the time go?  I remember that time was dragging by when I was waiting to turn 18.  Ha, don’t have to worry about time dragging by now, do I?

This beautiful photo was taken by a man in Front Royal, VA during the last snow storm…. 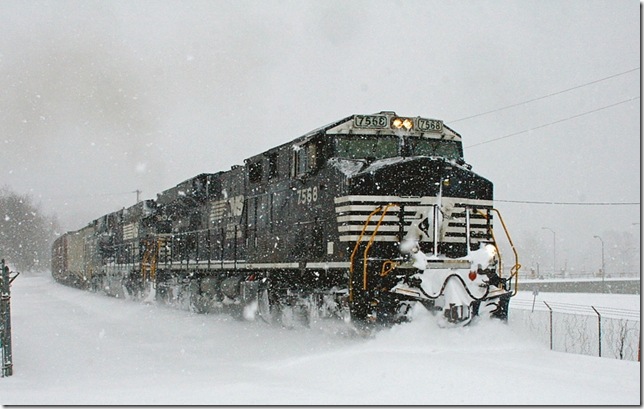 The snow is almost gone now, but there is still enough left over in the yard for me to still use the path that I dug.

I was all set to go to my Mom and Papi’s house before work today, but I was asked to come in early to work, so I’ll see if I can make it there sometime next week.  Maybe the weather will be better.  Icy rain hitting my roof this morning woke me up.

I finally finished the commercial inspection yesterday.  After researching the company more, I found a photo of the storefront on Bing.com and it turned out the the company had two names.  That explains why no one new what I was talking about.

The people of Fall Church must have been having a bad day yesterday.  Everyone was so impatient.  Riding my bumper to make me go faster while I was trying to avoid pot holes.  An elderly lady was screaming and cursing at her mother in the parking lot.  While I was taking photos a guy from the grocery store in the shopping center tried to get me to take photos of where the snow removal crew had screwed up and it took a while to explain to the guy that this was not what I was there for.  After I was done, I was too glad to go back to the calmer side of the world.

It looks like my next day off will be on the 9th, that’s if I don’t have to chase anyone.

Thanks for stopping by, for the laughter and advice.  I wish all of you a happy and safe slide into this coming year.

…and for those that own them, keep those Scions on the ground. :)