Woohoo….Mom’s getting her 90,000 mile service done

My Mom usually calls me when she makes an appointment at Miller’s to get her Echo serviced and I then try to arrange my day so that I can spend time with her while she’s waiting for her car to get finished.
That was yesterday morning, so I met up with her around 10 AM and we went to Target and Macy’s at the Manassas Mall to putt around for a while.  My Mom makes me laugh.  We were discussing the mannequins at Macy’s. 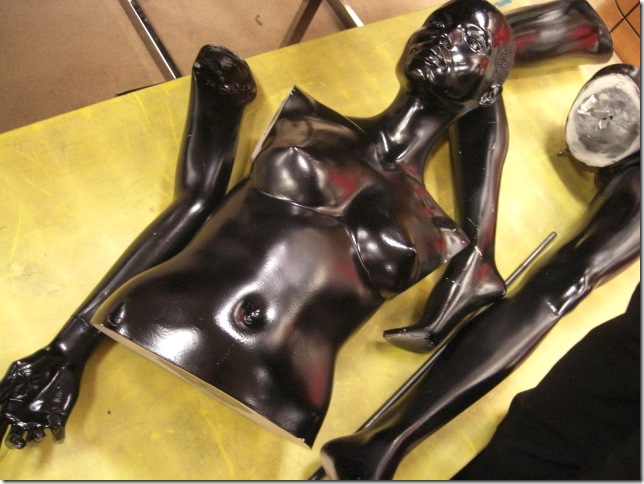 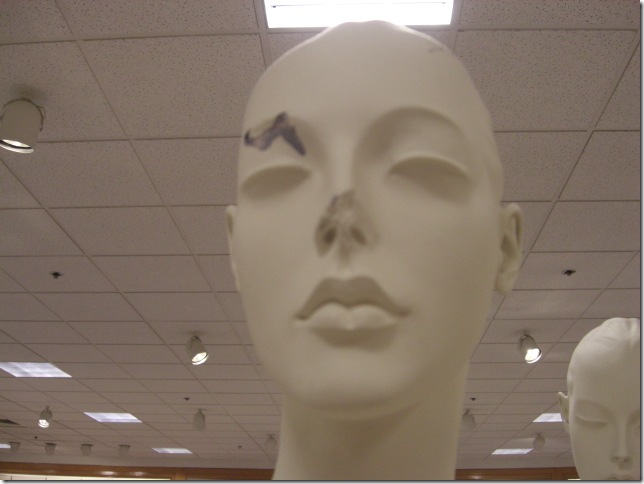 While we were there, one of the women that worked at one of the makeup counters tried to get us to come over to her station so that she could try out some makeup on us.  A few minutes before we left the store, we were busy mapping out a way to get back to my car avoiding that make up counter where the woman had threatened to make us over.
We were both hungry and decided to stop at my “New All Time Favorite Restaurant” the Hibachi Grill and Sushi Bar for lunch. 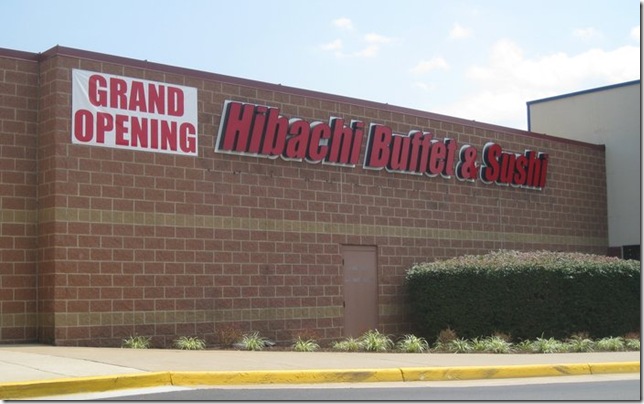 I have stopped there many times over the past few weeks to get my Sushi fix.  I know, I know….your sick and tired of reading about Sushi. :)  LOL…..I have been there so often that I know the waitresses by name.  This is my favorite waitress Annie. She made me this present the last time I was there. 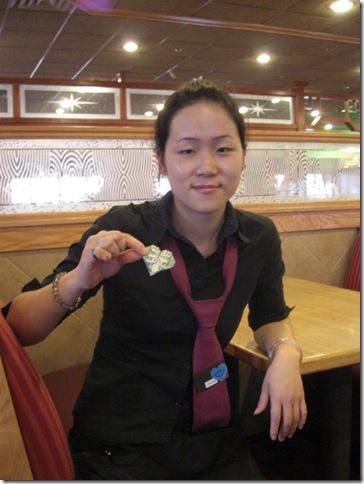 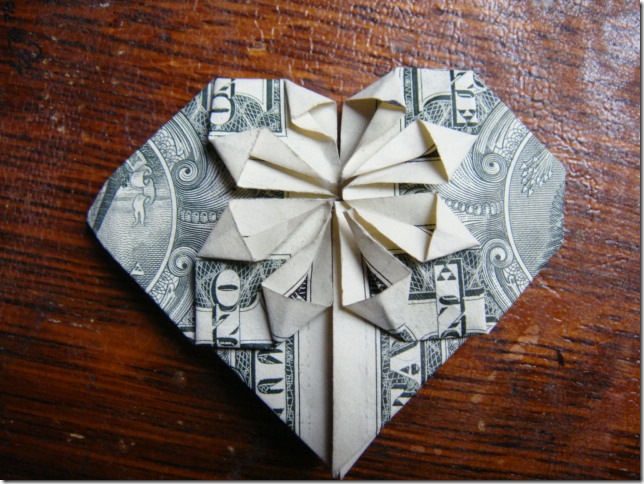 Mom had never been here before and I was afraid when she asked for coffee.  Usually the coffee in these restaurants isn’t all that great, but I was surprised on how tasty it was.
While we were there Mark Taylor called from Miller’s to let me know that Mom’s car was done so we went back to the dealership.  After Mom gave me a big hug and told me to keep my chin up for my doctor’s appointment today, she went on her way.  I then chased cars for the rest of the afternoon before going in to Miller’s for work.
This morning I had a lease inspection to do in Manassas.  After I finished that I got a call from the doctor’s office to let me know that my doctor had an emergency and had to reschedule my appointment.  I was really tempted to tell the receptionist that I would call her back, but then thought better of it.  I know that I would probably put it off since I’m feeling great.  So my appointment is for next Tuesday.
LOL…that will give me more time to get myself all worked up.