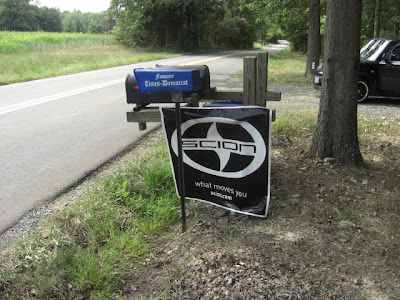 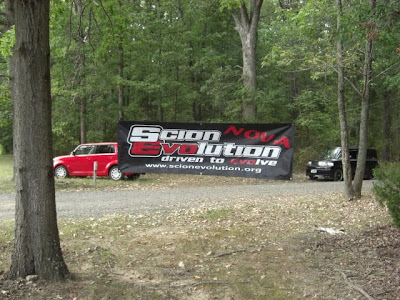 I had an awesome time on Sunday.  It was great to see everyone again.  Thanks Kenny and Cyndi, for putting on this awesome get together.  Why do I keep seeing the number "4" on my TV screen?
Thanks go to Teri, who after we both had two drinks, took out my stitches. 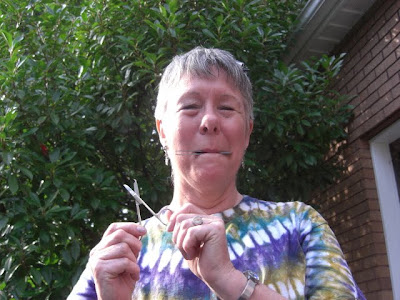 LOL.....She scared the shit out of me standing over me like that!  Thanks Teri....that didn't hurt a bit. :) Hopefully I won't bang my head on the kitchen cabinet any time soon.

Jeremy brought me a set of lowering springs for the Evil Twin.  He and Lorenzo put them on the front because the weight of the sound system makes the car look and feel like it's lowered in the rear and raised up in the front.  I think that's the reason people always flash their brights at me at night even though I'm driving with low beams on. 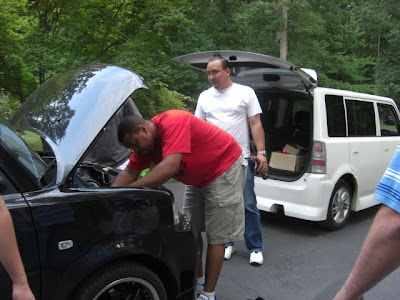 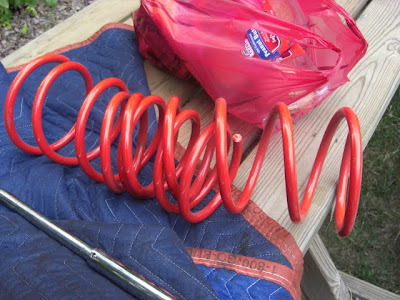 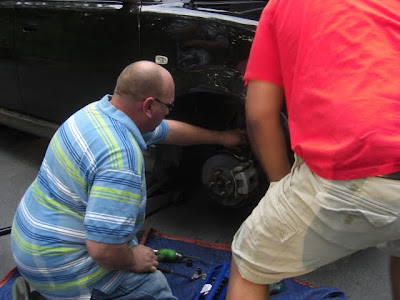 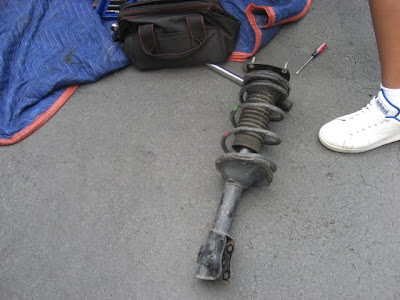 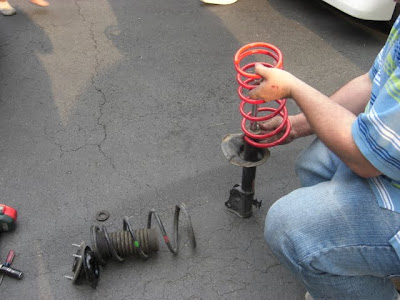 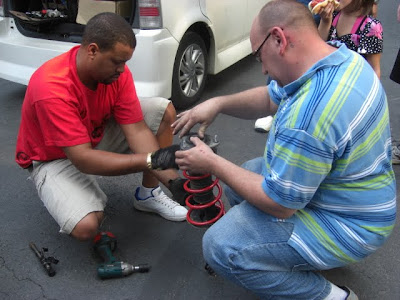 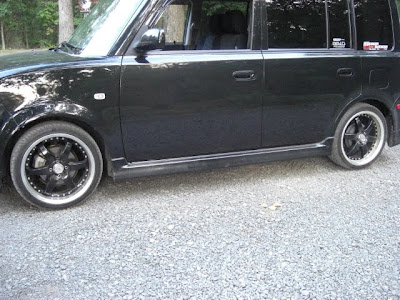 What a difference that makes in the ride.  I had no idea!  Thanks Jeremy and Lorenzo.  That was so sweet of you two to do for me.
I'll have to talk to the mechanics at Miller's tonight and see if I can get the front end aligned on the cheap.  LOL, my steering wheel doesn't match the wheels one bit now.
Apparently I can't drink anymore or maybe I didn't eat enough food while drinking.  I had yogurt in the morning.  I ate a half smoked and two mini donuts.   Yesterday I was dragging ass, freezing and feeling sick all day.  It was a super long day at work and I was so glad when it was over.

Much better this morning.  I slept in until 8, which will probably bite me in the ass tonight.  It's been raining off and on all morning and it's a cool 62 degrees.  I need to go do laundry and rescue my probably busting out the the seams mail box that I haven't visited since last Thursday.

Hope everyone has an awesome day!!