I was checking to see if one of my external hard drives was still working and found a ton of pictures. 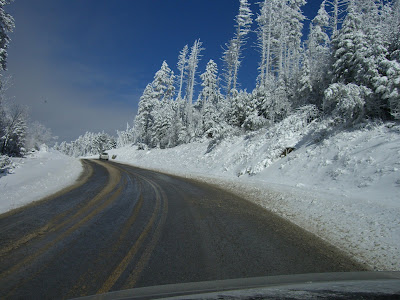 My drive up to SnowShoe Mountain when Scion Corporation invited about 180 of us Scion owners to participate in the Scion Round Table Event in January 2007. 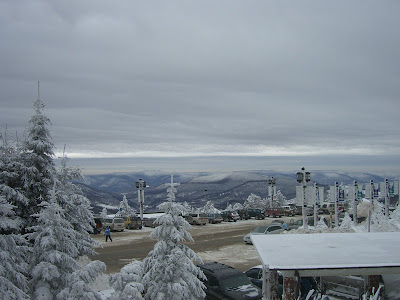 The view from my motel room window the next morning.
Good times!!! It felt great to be pampered for 3 days by the car company that I got my car from. 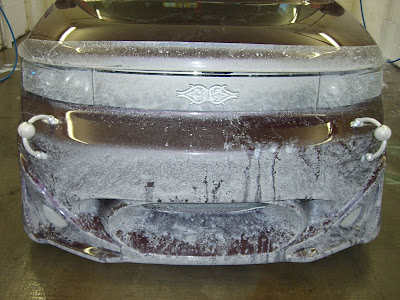 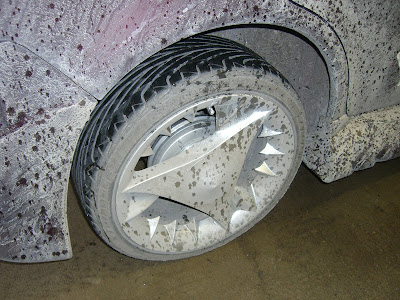 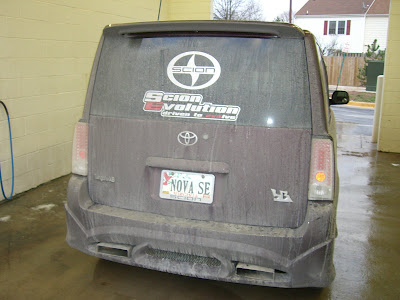 Poor Lexy by the time I got back to Manassas three days later. LOL...I had to stop by the car wash before I even went home and unpacked.

My hubby and I in Front Royal in 2002. How long ago that seems. So many things have changed since then.

I got my car chases out of the way EARLY this morning and because of that I managed to catch the people at home with their cars.

The first one was in Leesburg where I had the pleasure of meeting a very aggravated, stressed out very pregnant woman, her irate husband and their three barking while breathing out of their asshole dogs. They did finally let me take photos of the car just to turn around and tell me to leave.

Then off to Amisville where I was met by a very nice couple. The husband does a different aspect of Field Inspections then I do, he does property preservation work. His work is very slow right now due to getting outbid on jobs. Everybody is low-balling him. I really felt bad for him. He was telling me about the companies that asked him to mow yards for $12 a piece. Crazy...you can't make any money that way unless you get a bunch of them right next to each other. There is no guarantee that's going to happen. I see these ads off and on, on Craigs List.

The website for the company that I chased cars for this morning is down, so I can't upload my paperwork. I called right away...worried that this company had disappeared over night, which has been known to happen. I was relieved when they answered the phone.

So far I've only lost 20 bucks due to a company going under.

I get off an hour earlier at the dealership tomorrow night. Looks like Sunday I'll be chasing cars. It should be interesting and I hope that I don't find the people at home with major hangovers. :)